Man with dog 'not guilty' of Limerick assault 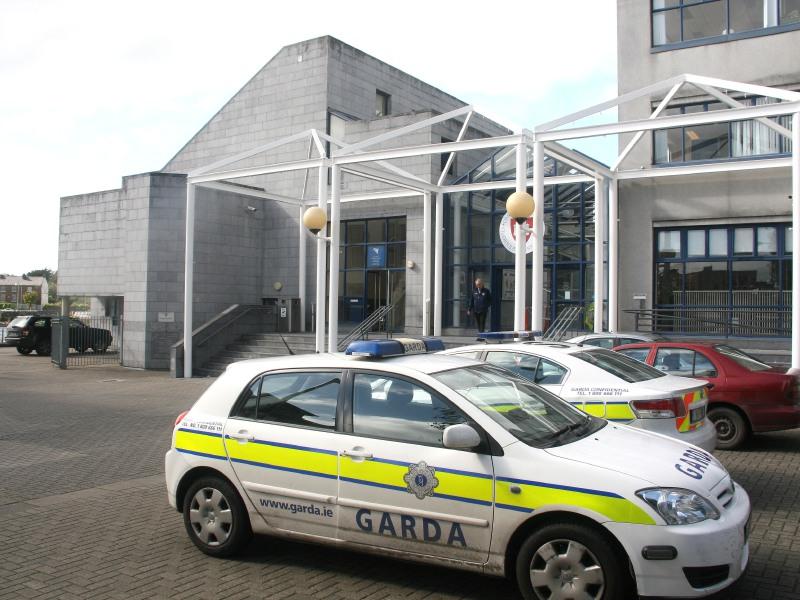 A PROSPECT man was found not guilty of assaulting a well known city retailer following a sometimes heated court hearing.

Robert Hoare, aged 43, of Hyde Avenue denied the charge which related to an incident at Gleeson’s Spar, Henry Street on May 27, 2014.

Michael Gleeson, who owns the store, told Limerick District Court he was on duty in the premises at around 3.15pm when the defendant entered the store with a golden retriever dog and approached the counter looking to buy a box of matches.

Mr Gleeson said when he saw the dog he immediately approached the man and asked him to take the canine outside and tie it to the railings.

“I just saw a large dog on the premises and I just asked him to take the dog out,” he said adding that Mr Hoare refused to leave and became aggressive.

He said he then shoved him in the chest as he was “ushering” him from the store and he claimed the defendant spat in his face after he left  the shop.

“I can still taste his saliva today, it’s not very nice,” he said.

Mr Gleeson insisted he had acted properly at all times as dogs are not allowed on the premises for food safety reasons.

He added that he also had a duty of care to other customers and members of staff who were in the store at the time.

In it, Mr Gleeson and Mr Hoare, can be seen interacting with each other at one of the counters before they both move towards the main door of the shop.

There is also clear physical contact between the two men during the incident.

Being cross-examined by solicitor Sarah Ryan, representing Mr Hoare, Mr Gleeson denied he had acted aggressively towards her client.

“You pushed him out the door with some degree of vengeance,” said Ms Ryan.

“He was shouting and roaring expletives, he was causing fear to customers and staff, I used the minimum force necessary,” replied Mr Gleeson, who said he was pushed in the back and shoved in the chest by the defendant.

Having viewed the CCTV footage Ms Ryan commented that both Mr Gleeson and her client appear to have been as stubborn as each other and she put it to Mr Gleeson that “there were two of you in it”.

In his evidence, Mr Hoare said he suffered physical injuries and that he felt humiliated by what had happened. He told the court he felt he had been treated “like a common thief.”

He denied assaulting Mr Gleeson claiming his actions were to allow him “create separation” as he was being pushed and shoved by the shop owner.

“It took everything I had just to stand up straight”, he said.

He claimed Mr Gleeson was “completely out of control” on the day and he told the court he later made a complaint to gardai that he had been assaulted by Mr Gleeson.

However, the DPP directed no charges be brought against Mr Gleeson in relation to his complaint.

Mr Hoare accused Mr Gleeson of goading him in the store. “I believe he wanted to make an example of me,” he told the court.

Judge Marian O’Leary was told that while Mr Hoare made a statement to gardai almost two months after the incident, he was not arrested or questioned.

Ms Ryan submitted Mr Gleeson had exaggerated while giving evidence and she submitted he was “not entitled to use his chest to push somebody out of the store” as he could be seen to do on the CCTV footage.

She said his direct evidence in court was different to the statement he made to gardai and he submitted her client “cannot be convicted of assault” given the circumstances.

Rejecting the arguments put forward by Mr Hoare, Sergeant Donal Cronin it would be “perverse” if the owner of shop did not have a right to ask somebody to leave. He submitted the force used by Mr Gleeson was reasonable and “not excessive” and that the defendant’s actions on the day were illegal. “He broke the law, clearly it’s there in colour,” he said.

Having considered submissions from both Ms Ryan and Sgt Cronin and having read the relevant legislation, Judge O’Leary said she was finding “as a fact” the defendant had not assaulted Michael Gleeson.

She dismissed the case.