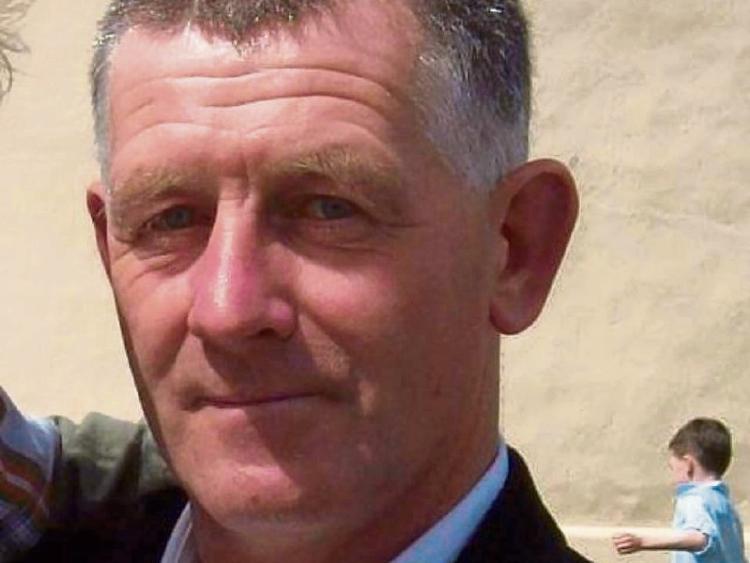 The late Jim Walsh Jnr, who was killed in a crash this week

A COUNTY Limerick father who died in a road crash outside Kilmallock was remembered this Wednesday as “a well-respected” family man from a strong sporting family.

Hundreds of people turned out at the Church of the Immaculate Conception in Bruree for the funeral Mass of Jim Walsh Jnr of Tankardstown, Kilmallock who lost his life on Monday when his car left the road and hit a ditch in the townland of Garrienderk – between Kilmallock and Charleville.

Mr Walsh’s son Kevin, 16, was tragically killed in 2006 when a parked car in which he was a back-seat passenger was hit from behind by former Ireland and Munster rugby player Eddie Halvey.

“I knew Jim in Bruff around 20 years ago. I baptised his son Kevin who tragically died in an accident,” said Fr Desmond McAuliffe, PP, Bruree who was chief celebrant at the funeral Mass.

“The family have long connections with Bruree and are very respected. There is great sadness - Jim was a man who was very well-known in the locality. He was a very nice man - it was one of those inexplicable accidents that you read about,” he added.

Mr Walsh, 53, was a  tradesman who hailed from a well-known sporting family. “I knew his dad through boxing, I knew him obviously as well,” said Kieran Ryan, formerly of Limerick Regeneration Agency.

“Back in Beijing he was Olympic team manager.  The Walshes would be well-known and well-respected in boxing. He was a great help to me when we were setting up the Southside Boxing Academy back in the day. We have a fabulous facility there. It’s becoming a hub for boxing in Limerick,” continued Kieran who offered condolences to the Walsh family on behalf of the Southside Boxing Academy.

“Jim Jnr boxed and coached but not to the extent of his dad. His dad was team manager of the Irish Olympic team around the time they set up the High Performance Unit.”

Gardai meanwhile, are appealing for anyone who was travelling on the Kilmallock to Charleville road on Sunday night from approximately 11.30pm up until around 1am to come forward.

“We are looking for any information possible – did they see any vehicle that had been involved in an accident or anyone on the road at the time,” said Sergeant Tony Cronin of Charleville garda station, who can be contacted at 063-21770. The main R515 between the two towns was closed until Monday afternoon to facilitate a forensic examination of the scene. A post-mortem examination was conducted on Mr Walsh’s body at Cork University Hospital.

“He was well known locally, he was an outstanding boxer in his day and continued coaching and was always available to help others improve and develop their boxing skills,” he said.