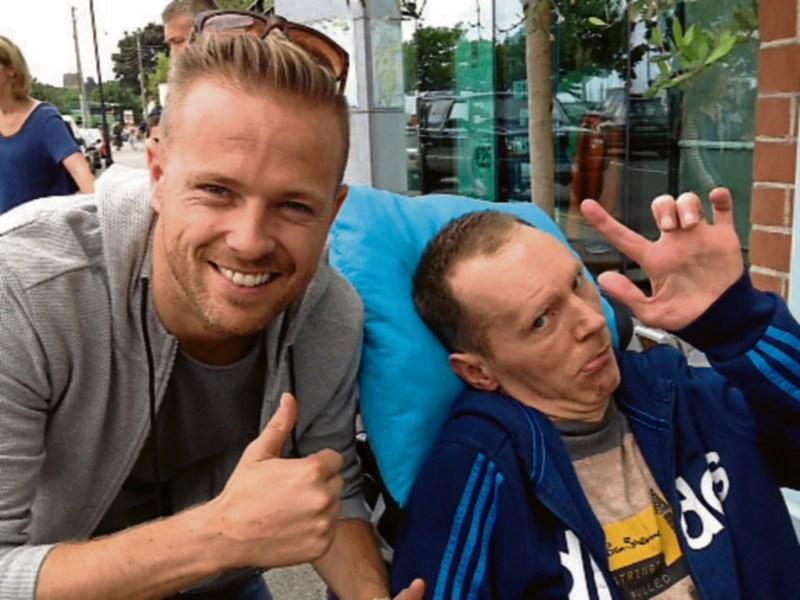 FAMILY and friends of a County Limerick woman whose husband suffers with the hereditary neurological disorder Huntington’s disease, have organised a fundraising event with all of the proceeds going towards improving the quality of life of people who have been diagnosed with the illness.

Anne O’Shea Clarke from Dromin Athlacca knew from early on in her relationship with Christy Clarke, 45, from Dublin that his family had a history of Huntington’s disease.

But the couple thought that if it struck, it might do so later in life. Unfortunately, they were wrong.

When Anne initially met Christy, he was in very good health. After a time however, Anne began to notice a change.

Today, 14 years after he first began showing symptoms of Huntington’s disease, Christy is confined a wheelchair and is unable to talk.

Huntington’s disease is a hereditary neurological disorder that causes brain cell degeneration leading to deterioration of the physical, cognitive and emotional self.

Symptoms include involuntary movement, slurred speech, and chorea of the legs.

“It’s like a dance. They have often referred to Huntington’s as the slow dance of death,” Anne explained.

While there is no cure for Huntington’s disease at present, a clear multidisciplinary treatment plan can help to maintain a person’s quality of life.

“Christy is doing brilliant. He can communicate. We have a team that comes in every day and they are fantastic. Christy can communicate with them – it’s like he has three wives,” joked Anne this week.

“We went to Spain last May which was an adventure of a lifetime and we are planning to go back out again this year.”

Both Anne and Christy will make the journey down from their home in Drimnagh in Dublin this Friday for the fundraiser on Saturday night in Bulgaden Castle outside Kilmallock which is being organised by friends of Anne’s mum Bridie, in Kilfinane

Music on the night will be by Dermot Lyons and there will  also be finger food on the night.

Tickets priced at €10 on the door on the night. All funds will go directly to the Huntington's Association.