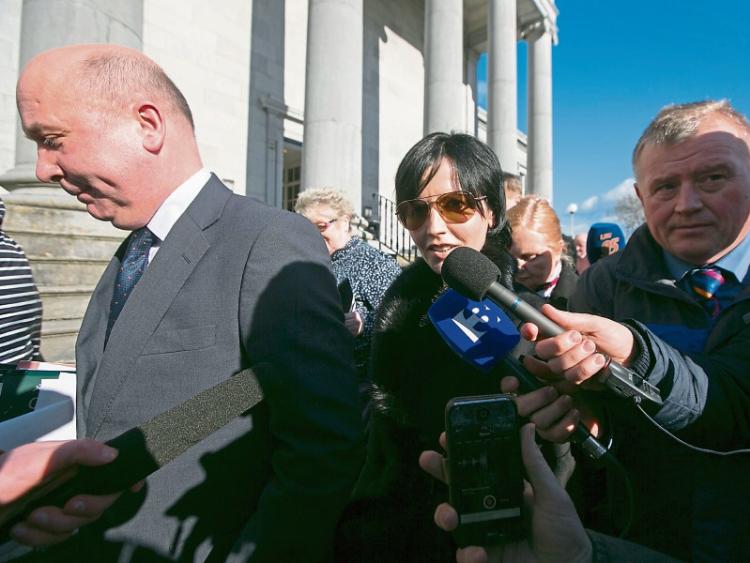 CRANBERRIES singer Dolores O’Riordan will avoid a criminal conviction relating to a so called air rage incident at Shannon Airport if she makes a substantial contribution to charity.

At a sentencing hearing at Ennis District Court today, Judge Patrick Durcan ordered the 44-year-old to make a contribution of €6,000 to the court poor box saying he believed it would be “unjust” to criminalise her.

The €6,000 donation, he said, will be used to assist prisoners prior to their release from prison.

Speaking as she left the court, Ms O'Riordan said: "I don’t really have much to say, just that I’m glad it’s over.

"I want to thank the doctors that helped me to get back to my health mentally. I’m very good today, very positive about this coming year.

“I have a couple of albums coming out and I’m going to go back to work," she added.

In December, Ms O’Riordan, who has an address at Friarstown, Grange, Kilmallock, pleaded guilty to four separate offences relating to an incident at the airport on November 10, 2014.

She admitted assaulting Garda Shane Dawson and two members of the Airport Police - Ronan O’Reilly and Eamon Power - at Shannon shortly after she had disembarked from an Aer Lingus aircraft which had just arrived from New York’s JFK.

Inspector Tom Kennedy told the court the defendant “hit out” at two members of the Airport Police who were called to intervene by Aer Lingus cabin crew due to her erratic behaviour.

He said she headbutted Garda Shane Dawson and spat in his face and accused him of groping and sexually assaulting her.

Insp Kennedy said Ms O’Riordan - who was dressed in black during the court hearing - tried to escape on two separate occasions.

In one incident she jumped off a stationary ambulance and tried to run back towards the Aer Lingus jet while she later escaped from the back of a patrol car before being apprehended by Airport Police and gardai.

Insp Kennedy said Ms O’Riordan’s behaviour on the day was highly erratic and irrational and that she was very irate.

Judge Patrick Durcan heard she told Garda Dawson that he couldn’t arrest her saying: “I’m an icon. I’m the Queen of Limerick. You don’t know who you are dealing with. I pay my taxes so I pay your wages and I am going to sue.”

Solicitor Bill O’Donnell described his client’s actions as those of a “very, very ill person” and he said the offences happened at an extremely difficult period in her life.

Ms O’Riordan, he said, was returning to Ireland for the second anniversary of her father’s death, while she had also separated from her husband of 20 years.

“This was a very emotional time for my client and she was not in a good place,” he said.

In mitigation, he said she was in a state of hypomania and has since been diagnosed with bipolar affective disorder.

Following the incident, Ms O’Riordan was admitted to St Patrick’s Psychiatric hospital for a number of weeks.

A number of medical reports were submitted to the court outlining details of the care, hospitalisation and medication the Cranberries star has availed of over the past year.

Judge Durcan heard the singer now lives in New York and is very remorseful and embarrassed.