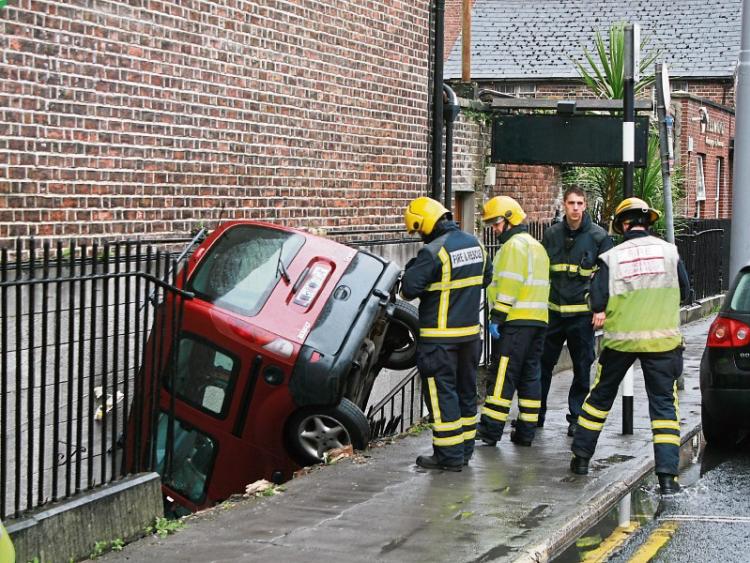 The scene of the accident, which happened on October 3, 2014. Robert Mitura was convicted of careless driving

A POLISH man was convicted of careless driving following an accident which left an elderly woman with a fractured pelvis.

Limerick District Court was told Robert Mitura, aged 25, who has an address at Cragaun, Fr Russell Road, was driving a Renault Kangoo which collided with the woman as she crossing the road near the junction of Hartstonge Street and O’Connell Avenue on October 3, 2014.

In her evidence, Dorothy Moloney said she was halfway across the road when she was hit by a car.

She insisted she had looked left and right before crossing but had not seen any vehicle approaching.

“I woke up on the ground,” she said adding she sustained “considerable damage both physically and mentally”.

Being cross-examined by solicitor Gerard Meehan, Ms Moloney accepted she was carrying an umbrella and was wearing a light rain jacket but said she did not think it was raining. “The day was dull, it looked as if it could rain,” she said.

Driving instructor, Pat Flynn, who witnessed the accident, said the defendant had turned from O’Connell Avenue and was “fully squared” with Hartstonge Street when Ms Moloney “walked into the side of the car” which, he said, was “practically stopped”.

He told the court it was drizzling and that he would have marked the defendant’s driving “very highly” and did not believe he bore any liability for what happened.

Mr Mitura, who learned to drive in Poland, said he saw a “black spot out the corner of my eye” and turned to the left after hearing a noise resulting in his car hitting a railing and entering the basement area of a building on Hartstonge Street.

Garda Grainne Harte said paramedics were treating Ms Moloney when she arrived and that the exact point of impact could not be determined for certain.

After convicting the defendant of the offence, which carries five penalty points, Judge O’Leary fined him €400. In the circumstances, she did not impose a disqualification.