Joe Kemmy: 'There's too much at stake to stop canvassing'

It's shaping up to be a real cliffhanger in the city constituency, says former director of elections for Labour in Limerick 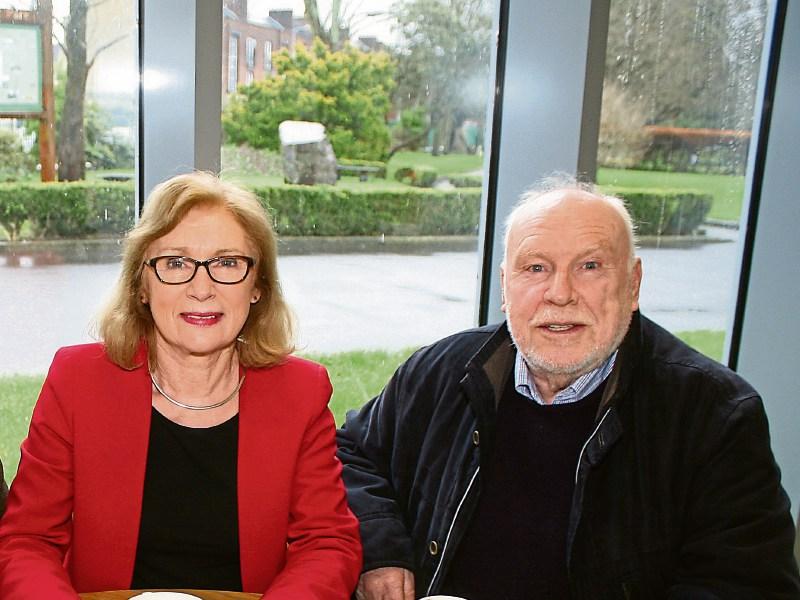 I HAVE to say I love elections. I do whinge coming up to them, because I’ve been at them so long and your life is turned upside down. But once you get into it, you can’t stop and you don’t even want to stop for one second.

You say to yourself, ‘There’s too much at stake. I must keep going.’ If you lost a seat for the sake of 20 votes, you’d say ‘If only we went down that street again, or responded to this person about the new road, we might have done better.’ Also, I have always been involved with good politicians and that gives you the impetus to drive on. I take it almost personally, especially in relation to someone like Jan O’Sullivan.

The count day can be the best and worst day ever. We traditionally meet early for breakfast, about 8am for a 9am count. We’ll have the tally sheets prepared. Some of us call, some of us mark, and collate all the figures that are coming in.

A lot of inexperienced people, when the boxes are open, proclaim that a candidate is only on 5% – but that could be a box for which a 5% vote is actually OK. Obviously you’ll be strong in some boxes and weak in others.

You could call it early, but it can be misleading. You have to wait until a person’s strong boxes are out on the table, and their weak boxes, and form an opinion. Some will be eliminated quickly enough, and then other trends will begin to emerge. If your first preferences are down a lot, chances are your transfers will also be down, and you’ll struggle. There’s an element of luck as well.

I honestly don’t know how it will pan out nationally, because in the final week to go it could see a swing towards the current Government, or towards the Civil War parties. What looked very unlikely several weeks ago even is now a distinct possibility, but it remains to be seen how the people vote. There is a desire amongst some to see stability, and others feel the austerity measures were too much, so they'll vote for more left parties. I have to separate my wish from what might happen. In all honesty, I believe the present coalition will fall short. I think the Civil War parties will have to come together, unless there’s a coalition with reasonable, like-minded Independents. I can’t let my heart rule my head on this one.

Jan’s seat is under threat, no doubt about it. In politics, when things go your way, you can do no wrong, but when things go against you that’s when you must show your backbone and stand up, and withstand the swing against Labour in Government.

I’ve been knocking on doors the past six weeks and people very much appreciate the work that Jan has done in a straightforward manner. She’s a lady and I think that’s what endears her to the public. She's in Moyross every week in her clinic, in St Mary’s Park and Southill – areas that are not represented well by some politicians, who'd need a map to find them.

I haven’t heard anyone say she’s a poor Minister or she’s done nothing for Limerick. Sometimes the electorate make decisions that they’ll soon regret – I’m thinking of when my brother Jim lost his seat in 1982.

It'll be a travesty if she’s defeated. Whoever replaces her, if she’s replaced, will have a difficult time achieving as much as she’s achieved within a short space of time, and she didn’t come in under a gender quota or any back doors. She just had to fight the men all the time.

Jan has total integrity, you couldn't steer her away from what she instinctively feels is right. You couldn’t buy Jan O’Sullivan. The nod and a wink stuff that goes on doesn't apply to her. I know I’m biased but she is the outstanding candidate as far as I’m concerned and I’ll do all I can in my power to have her elected. She’s a longtime advocate on women’s rights and social justice, and she’s all that you could ask for in a candidate. She underplays her own achievements, if anything.

If you add Joe Leddin’s vote and Jan’s vote the last time we polled extremely well [6,353 and 2,411 first preferences respectively]. We expect to be down because we were in Government and we had to make hard decisions, but how far down is difficult to predict. Every general election is like 40 small elections.

The polls, I believe, always give us a good snapshot, but no more. Willie O’Dea and Michael Noonan are over the line. I won’t say Noonan is the real leader of Fine Gael, but he is on the front line. He may not get 30% of the vote this time round, though.

Kieran O’Donnell should be over the line too, given the change in the constituency and getting back old Tom O'Donnell country like Cappamore and places like that. I think there are 10,000 additional people are coming into the constituency, and he will benefit the most – along with maybe O’Dea, but Willie won't need it. Any politician would love that – to get such a lump added on.

We see it essentially in Limerick city as a battle between Sinn Fein [Maurice Quinlivan] and Jan O'Sullivan for the final seat.  I am a betting man, and I happened to win a lot of money in the by-election when she ran in 1998, and she was 7-1.

I think Cian Prendiville will poll alright, but be won’t be a significant threat this time to Sinn Fein or Jan. He will probably disagree with that.

In this constituency, Fine Gael got 43% of the vote in the 2011 election, between Noonan and O’Donnell, which was a colossal vote. Noonan’s campaign doesn't seem to be as energetic this time, probably because he doesn’t need to. We’re realists to know that we’re fighting for the last seat, and it would be pointless to say otherwise. It’ll be touch and go. It could run right down to the wire, and I think it’s going to be a cliffhanger of an election.

I would expect Noonan to take the first seat, Willie to take the second, O’Donnell to take the third, and the last seat is the battle.  We’d be asking the voters of Limerick to consider who will serve Limerick best – a proven minister with great ability, who has devoted her life to politics or Sinn Fein? And to me that’s the battleground here.

In the county, I have a feeling Emmett O’Brien will be elected. I’ve heard he’s running a lively campaign. The two Fine Gael candidates are young and they’re lively performers, and I’m sure Dan Neville will pull out all the stops to help his son [Tom].

I remember a candidate being beaten there before by five votes. I’m not saying it’ll go that close again, but who knows how close it’ll be between two Fine Gael men. People say it’s a conservative and safe electorate, but it’s open to change.

Emmett will challenge FG for one of their seats – and he comes from the Fianna Fail gene pool. I think it’ll be a battle royal for that seat in the county, particularly between Patrick O’Donovan and Tom Neville, and I think that’s where the real story is.

I never met a candidate who believed they have no chance.

Every candidate has this sense of belief that they’ll defy the odds, but the polls point clearly to what’s going to take place. Most people involved in any campaign will tell you they’re flying, but we know we’re in a fight. Because we’re not ahead in the polls, it means we have to fight twice as hard.