Katie and Denis lauded at Limerick Person of Year awards 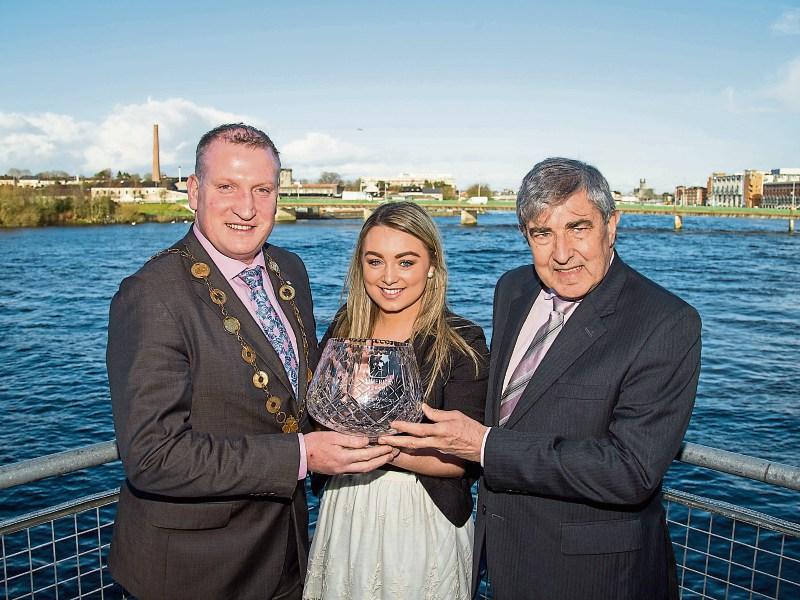 A TEENAGER who was named the Limerick Person of the Year 2015 has vowed to promote positive mental health in her native place “for as long as I live”.

Katie Whelan, 19, was honoured for her Lisa’s Light mental health awareness campaign which was named after her cousin, who sadly took her own life.

“I’m very sure that my cousin is looking down, proud, and for as long as I live I will be promoting positive mental health in Limerick and helping people who are thinking about taking their own lives,” Katie told the attendees at this year’s award ceremony at the Clarion Hotel.

The University of Limerick student who hails from Dublin Road came up with a simple yet effective method of giving hope to those struggling with life’s challenges.

She decided to put big bright boxes with illuminated positive and life affirming messages in dark places to help people going through dark times. She started with Thomond Bridge. Her late cousin, Lisa, she said, is always in her thoughts.

“I can always feel her with me. I never used be able to talk about her but now I can talk about her constantly so that strength is there because of her.”

Katie was chosen from 12 monthly recipients to be named the Limerick Person of the Year 2015 at the gala ceremony on Thursday afternoon.

The special guest at this year’s ceremony was one of the country’s leading businessmen, Denis Brosnan, who resides in Croom.

Mr Brosnan was made an honorary Limerickman in recognition of his outstanding contribution towards the revival of Limerick and the Mid-West region.

“It is a great honour to be presented with that wonderful memento which will remind me of Limerick in the years ahead,” said Mr Brosnan who attended the awards ceremony with his wife Joan.

The chair of Limerick Economic Forum paid tribute to the 12 monthly recipients noting “what role models they have all been”.

Guests took a moment to reflect on the lives of two well-known Limerick men who sadly passed away in recent times. The late Terry Wogan – a former recipient of the Lifetime Achievement award  – was fondly remembered, and there was a minute’s silence for the late Cllr Joe Crowley who died unexpectedly last week and was laid to rest on Thursday.

Meanwhile, there was also special mention for rugby legend Paul O’Connell who has announced his retirement from rugby.