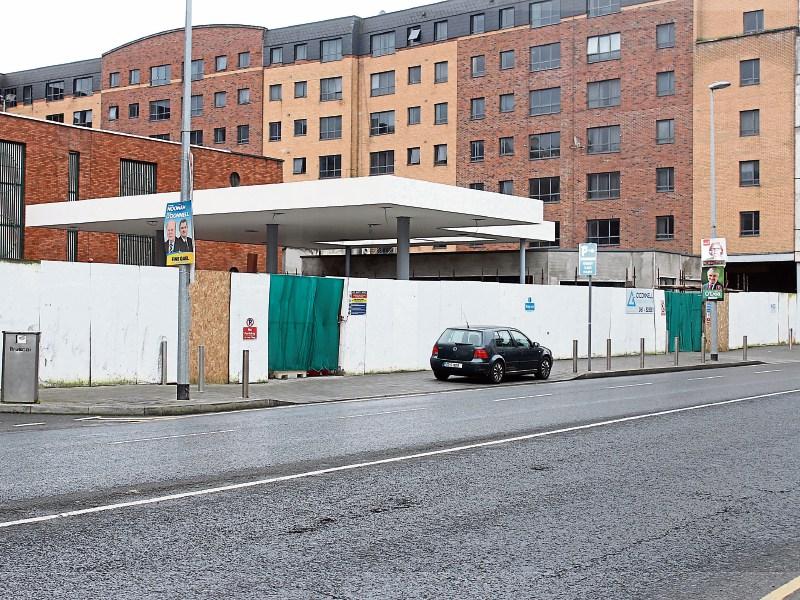 A NEW 24-7 petrol station is currently under const-ruction on a site that has been left vacant for many years, on the Dock Road.

The former derelict site at Mount Kennett was previously occupied by Top Garage, which ceased operations a number of years ago and has not been occupied since.

On November 4, 2014, Limerick City and County Council planning office received the application from John O’Neill Retailing (Clarina) Ltd, and was given the go-ahead by the council on April 28, 2015.

The new retail unit will also be a Topaz petrol station, according to recent planning files.

When open, it will be the third of its kind in the city; with the Topaz station on the Dock Road, and the Inver petrol station on Ballinacurra Road, which opened recently.

Metropolitan mayor Cllr Jerry O’Dea said that he is “delighted to see confident business activity” in the city.

“As metropolitan mayor, I am delighted to see the confident business activity in Limerick. People talked for a long time about the absence of cranes, but now we are starting to see a resurgence in building activity everywhere.

“Developments like this show confidence, and that we have our rates structure right, and also that there has been huge inward investment in the city in recent times,” he enthused. The Fianna Fáil councillor said that it is “hugely welcome” that businesspeople are taking over derelict or inactive sites in the city.

“We had these — what you might call — derelict eyesore sites, which were for various reasons maybe in control of banks, or the owners. But obviously the confidence is there now in Limerick for people to go ahead, raise finance and get these things going. We still have a few more eyesores around the city. But slowly, month by month, we seem to be getting rid of them.”

He added that he would “love to see the city centre revitalised, rejuvenated and reinvested in”.

“I am applauding the people who are investing in their businesses, and I am calling on the others, who maybe a little bit worried, to take that leap of faith, because Limerick is moving onwards and upwards.”