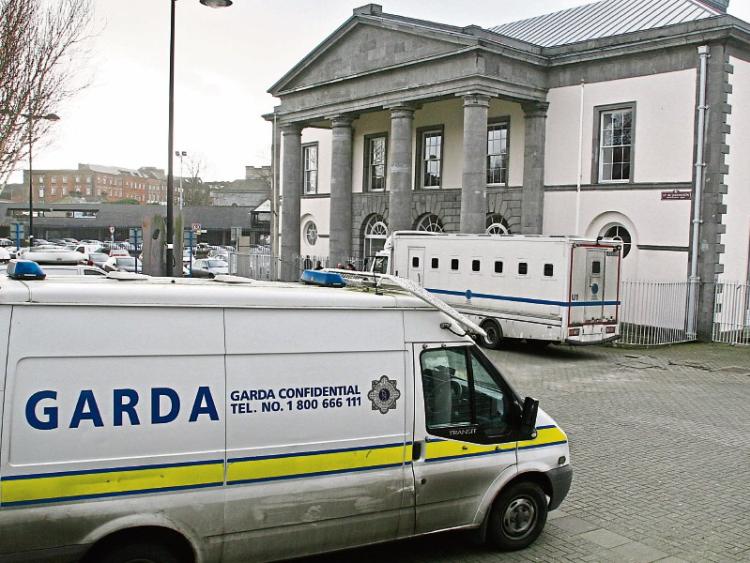 TWO young men who broke into the offices of four lawyers, including that of state prosecutor John O’Sullivan, ‘hatched’ the plan while viewing the city’s St Patrick’s Day Parade, a court has heard.

Cian O’Donnell, aged 24, who has an address at Rutland Street and Paul Sheehy, aged 23, of St Munchin’s Terrace, Thomondgate pleaded guilty to several burglary charges relating to an incident on March 17, 2014.

Garda Sheila Clavin told Limerick Circuit Court she was on duty in the city centre at around 2.30pm when she was alerted to a burglary at an office complex at Bank Place.

After entering the building, which encompasses a number of separate offices, she noticed that a several internal doors had been smashed and that four of the offices had been ransacked.

Judge Tom O’Donnell was told thousands of euro worth of damage was caused by the defendants and that a large quantity of electronic equipment, including computers, tablets, scanners, cameras, digital dictaphones and external hard drives were taken.

A small quantity of cash and a number of personal items were also stolen by the culprits.

Garda Clavin said when Christopher O’Donnell was stopped and searched by a colleague a short time later a gold cufflink which had been stolen from one of the offices was recovered.

Michael Collins BL, prosecuting, said a significant amount of the stolen property was recovered during a follow-up search of his home and that further items were recovered at a second-hand electronics store in the city centre.

Garda Clavin told the court there were a number of other people in O’Donnell’s flat when gardai arrived to carry out the search including Sheehy who was also living there at the time.

During interview, the defendants told gardai they had been on the balcony of their flat complex viewing the St Patrick’s Day parade when they “hatched a plan” to break into the offices after discovering they could gain access to the building via a skylight in the roof.

Garda Clavin said they admitted using a ladder and sledgehammers which had been left on the rooftop by a satellite installer some time previously.

Laurence Goucher BL, representing Cian O’Donnell, said his client, who is a chronic drug addict, had made admissions to gardai and had “fessed up” rather than playing the system.

He added that his client, who has almost 70 previous convictions, had a difficult upbringing and had “gone off the rails” for a period of time.

Urging the court to be lenient, he submitted his client “was not beyond redemption”.

Tom O’Donnell BL, representing Paul Sheehy, said his client, who has no previous convictions, did not remember what had happened on the day as he had blacked out having consumed sticks (Xanax) and alcohol.

He said he offence was “out of character” for him and he told the court his client has not come to the attention of gardai since the incident.

He added that Sheehy, who has a 15-month-old daughter, is engaging with the probation services and with FAS.

Having heard the circumstances of the the offence, Judge Tom O’Donnell adjourned the matter indicating he will impose sentence on both men in May.