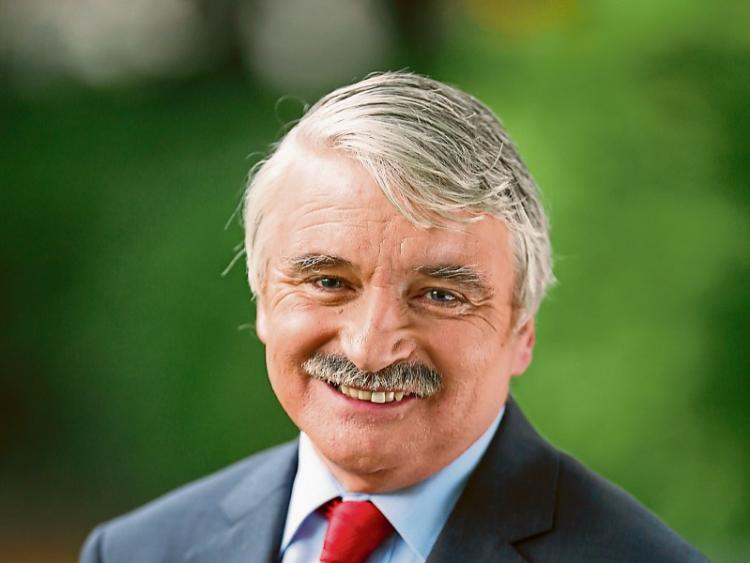 SUPPORTERS of Willie O’Dea are being asked to give their second preference vote to Education Minister Jan O’Sullivan –  to stop Sinn Fein councillor Maurice Quinlivan winning a seat.

The SF candidate is widely regarded as a serious threat to the chances of Labour’s Jan O’Sullivan retaining the seat she has held in the city since 1998.

With Mr O’Dea not having a running mate in the city, the Leader understands he has instructed his army of canvassers to encourage people to continue their preference by opting for Ms O’Sullivan. A source close to the former Defence Minister said: “You can certainly say that, yes”, when the claim was put to them.

It comes as Cllr Quinlivan appears to be tightening his grip on a Dail seat, with bookmaker Paddy Power shortening his odds from 1/3 at the start of the week to 1/10 now.

“There is no way Willie would feel that Limerick would be well served by Maurice Quinlivan and Sinn Fein,” the Fianna Fail source added.

There is no love lost between Mr O’Dea and Cllr Quinlivan following the affidavit controversy in 2010 which led to the Fianna Fail TD resigning his seat at Cabinet, and the pair reaching an out-of-court settlement.

This was over comments Mr O’Dea made linking Cllr Quinlivan with a brothel in the city in comments to a Limerick Leader journalist. The allegation was false.

Mr O’Dea is expected to comfortably take either the first or second seat in the constituency, increasing his 2011 vote of 6,956 in the process, thanks in part to a less hostile climate for Fianna Fail than that faced by the party last time. His home parish of Kilteely is now included in the city constituency.

While Finance Minister Michael Noonan will most likely take the other of the first two places, the third and fourth seats in the city are less predictable. It has been widely expected that they will be between Cllr Quinlivan, Minister O'Sullivan and Fine Gael's Kieran O'Donnell, with supporters of all three fighting hard as the campaign enters its final week.

Anti-Austerity Alliance (AAA) councillor Cian Prendiville’s campaign is developing late momentum, with his odds falling to as low as 5-1 in recent days, before being eased back out to 8-1 this Wednesday by Paddy Power.

Some pundits have suggested that, for the first time in living memory, Limerick City could elect two left-wing deputies.

Speaking at the launch of Labour’s education policy this week, Ms O’Sullivan said she would “welcome any transfers”.

”I am in a battle with Maurice Quinlivan, there is no doubt about that. But I believe the contribution I have made as government minister, and what I can make in future is an awful lot more important for Limerick than a voice that is talking about a lot of negative things, and not proposing anything positive for Limerick.”

Cllr Quinlivan said: “I would not be surprised at anything Willie O’Dea does. That’s all I would say about that.”

Meanwhile, Cllr Prendiville said the latest Red C poll – which puts Fine Gael on just 26% – “emphasises” that both Fine Gael and Labour can lose seats in Limerick City “and one of them could go to the AAA”.

“Few can now deny the momentum behind our campaign,” he said. ”With 29% of the people looking to ‘Independents and Others’, as well as the fantastic response Richard Boyd-Barrett got in the [RTE] debate on Monday, it is clear there can be a political revolution in Limerick.”

According to Paddy Power, Mr Noonan remains favourite to top the poll with odds of 1/80, Mr O’Dea is second favourite, at 1/50, while Cllr Quinlivan is now stands at 1/10, which means the bookie believes he is now best placed to take the third seat. Mr O’Donnell is available at 1/3, with Ms O’Sullivan priced at 8/11.

Twenty-one candidates will chase seven seats across the Limerick City and Limerick constituency.

It has been suggested in some quarters that there could be a return to the 2002 scenario where two Fine Gael TDs slugged it out for the final seat in the old Limerick West constituency. If that were proven correct, it would see sitting TD Patrick O'Donovan and Cllr Tom Neville, son of the retiring TD Dan Neville, fighting it out – with Fianna Fail TD Niall Collins already seen as ‘over the line’.

Betting odds come with a health warning, and reflect betting activity rather than voter sentiment. They are not predictions. A Paddy Power spokesman, for example, revealed that Cllr O’Brien has been “the subject of a significant gamble”.

“Two punters, one in Davis Street and one in the Roxboro shop have got stuck into him with numerous four figure bets,” he said.

“Where punters’ money goes in the next few days will speak volumes on where this third seat goes and we will be keeping a very close eye on the shop business in particular,” the spokesman added.

Polling day is next Friday, February 26.