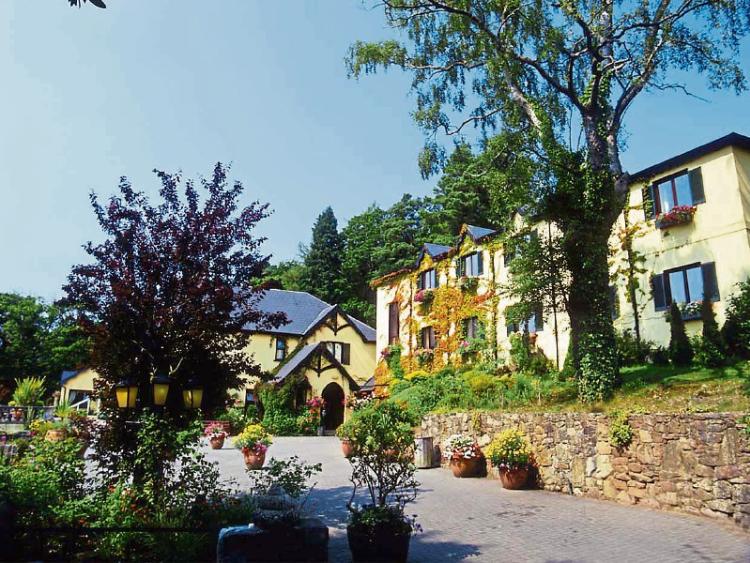 Aherlow House Hotel, which has been bought

COUPLES who had booked weddings at the Aherlow House Hotel in Tipperary are breathing a sigh of relief with news that their deposits will be honoured by the new owners.

Several Limerick couples had contacted the Limerick Leader after the sudden closure of the 29-bed hotel, nestled in the picturesque Galtee Mountains, which had left some 40 couples, who were due to hold their weddings there, in limbo, as well as the potential for job losses.

However, Grant Thornton, as receiver for the property, has confirmed this Friday that it has agreed the sale of the Aherlow House Hotel to Adrian Shanagher, an experienced hotel operator based in Dublin.

The sale secures the employment of all 47 former employees of the hotel and ensures the availability of the venue to wedding couples who had booked weddings in 2016, 2017 and 2018.

Grant Thornton said the new owner was “committed to honouring all future weddings that were booked with the previous tenant company and has confirmed that he will offer couples full credit against their future wedding cost in Aherlow House Hotel for any deposits they lost with the previous operator, Auburn Hotels (Aherlow) Limited”.

Mr Shanagher is expected to immediately begin an investment and refurbishment programme at the property and expects to reopen to guests and patrons on March 3.

“We are delighted to have purchased Aherlow House Hotel and secured the future of the hotel for employees and wedding couples alike. The hotel is an important local employer and we look forward to serving our local patrons and supporting the local community,” said Mr Shanagher.

“We appreciate that there has been a huge amount of uncertainty in the last week for everyone concerned and are confident this marks a new chapter for the Hotel. We intend to invest heavily in the hotel so that it can provide the highest standard of hospitality to our guests and patrons into the future. The location of the hotel in the Glen Of Aherlow is stunning and we are proud to be custodians for the next chapter of its history,” he added.

A Limerick bride-to-be who contacted this newspaper during the week when news of the closure emerged, said she had been forced to change her dream wedding venue and feared that the couple might not see their deposit of €1,750 returned to them.

“It was only by word of mouth that we found out about the hotel’s closure,” said Karen O’Halloran, from Galbally, who booked the venue in January of last year.

She and her groom to be, John Fogarty, from Thurles, were due to celebrate their marriage in the hotel in July, after paying the full deposit last August, but have now been forced to change the venue during peak wedding season to another location in Tipperary.

”It has been very stressful,” she told the Limerick Leader.

“The consensus from everyone we’ve spoken to, those who had booked their weddings there, is that they just want their money back.

“People feel burnt by the experience and don’t want to go back there. It just leaves a bad taste in your mouth, when you’ve been looking forward to it for so long.

”The scenery is beautiful in Aherlow. I was bridesmaid for my cousin’s wedding there, and we’re from the locality, and all along you have a picture of your big day built up in your mind. It was our dream wedding. The €1,750 deposit is a lot of money, it’s from our life savings really and we really hope we’ll get it back. I was so afraid of anything else going wrong that I picked up my wedding dress last week,” she said.

Tom Crosse, of GVM auctioneers in Limerick city, was handling the sale in association with the receiver, and had said he remained hopeful that there would be a positive outcome for all concerned soon. It is expected that the hotel was to be sold for a fee in the region of €600,000.

The hotel was leased by Auburn Hotels (Aherlow) Limited from receivers Grant Thornton in 2011.