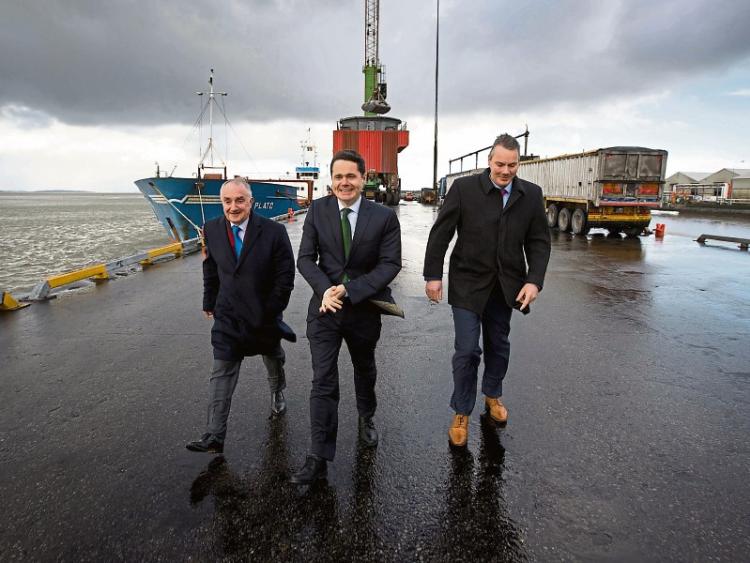 BORD na Móna has been given the go-ahead to build a €20m biomass and smokeless fuel manufacturing plant in Foynes.

The project, which will lead to the creation of 60 jobs when up and running and 140 during construction, which is due to get underway in the coming weeks. When fully operational, it will produce up to 150,000 tonnes of home heating fuels.

“This is great news on a number of fronts. It’s good news generally for air quality in Ireland that we will be able to meet the future demand for smokeless, cleaner and greener fuels. Consumers will be able to choose Irish manufactured fuels with lower emissions,” he said.

Mr Scaife added that the facility would enable the company meet the extra demand for smokeless fuel when the 2017 ban on smoky coal comes into force.

The plant will be built on the existing Bord na Móna site near Foynes port where the company already operates a substantial fuel bagging operation.

The news comes as the Shannon Foynes Port Company (SFPC) revealed that throughput at its ports last year was close to the peak of the last decade.

Tonnages in 2015 saw the company, which operates six ports on the Shannon Estuary and facilitates international trade valued at over €6bn, almost return to peak levels (11.35m tons) in 2006. Cargo volumes last year at the terminals at Limerick and Foynes were particularly robust with 10.73% year on year growth.

According to chief executive Pat Keating, the continuing growth underlines the economic recovery currently underway in the region.

“This growth reflects the resurgence in the domestic and export economy and, of course, in our own business. SFPC is a really good economic indicator for the region. We had some challenging years but the turn-around in our business has been remarkable, to the extent that we are now almost replicating tonnages from the height of the last decade and expect to surpass those levels over the coming years,” he said.

“We are very confident about the potential of the Shannon Estuary as a major economic engine room for this region thanks to its unrivalled natural water depths.

"This year alone we have completed the biggest investment in quayside infrastructure in any Irish port so far this decade with the infill of our East Jetty, as part a wider €50m capital spend at Foynes. Our investment programme is also attracting significant private interest, with €40m in private investment also now coming on stream.”

Company chairman Michael Collins commented that future growth could only be sustained by ensuring that adequate road and rail infrastructure was in place.

“If this doesn’t happen, the company’s potential to be a major engine for growth in this region will be curtailed,” he warned.

Mr Collins added: “This impressive turnaround is very much down to a dynamic team and its determination to deliver the robust but attainable targets we have set for the company.”