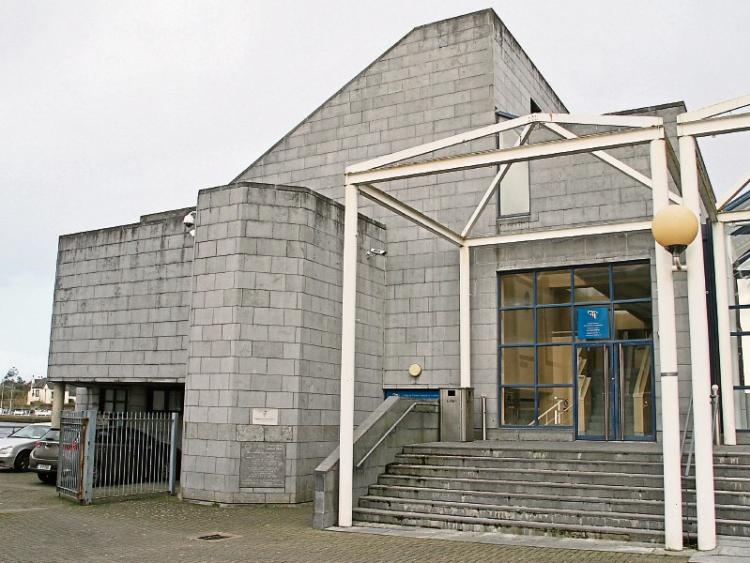 A YOUNG man who assaulted a pensioner after a verbal altercation at a city bookmakers will have to carry out community service to avoid a prison term.

Limerick District Court was told the row erupted after the 85-year-old was bitten by a dog – which belonged to the defendant – at Bambury Bookmakers, Thomondgate at around 12 midday on January 1, 2015.

Garda Dave Nolan told Judge Marian O’Leary that when he arrived at the bookie shop, the pensioner complained he had been knocked to the ground a short time earlier by the culprit, who he said had also kicked out at him.

The victim added he had been bitten on the hand by an Irish Wolfhound belonging to the defendant.

Jonathan Kinsella, aged 27, who has an address at Kenyon Avenue, Kileely admitted verbally abusing the 85-year-old after he complained about being bitten before pushing him to the ground.

The dog, the court heard, was not on a lead and Mr Kinsella’s licence was out of date.

Garda Nolan said the incident was caught on CCTV and that Mr Kinsella made admissions when questioned.

The pensioner, who became upset during the court proceedings, sustained cuts and scrapes on his hand as well as a graze on the side of his face during the incident.

While he has some previous convictions, solicitor Darach McCarthy said Kinsella had not been in any trouble since 2007 and  was genuinely remorseful. He added he was intoxicated on the date of the offence.

Judge O’Leary said she was not impressed by the defendant’s actions commenting that his behaviour warranted an immediate custodial sentence.

However, noting he had not been in trouble during the preceding eight years she said she was willing to take a chance on him.

She requested a community service report, indicating that she is considering a penalty of 240 hours in lieu of a six month prison sentence.

She also warned Mr Kinsella that he has to keep his dog under control.