Past pupils of Ardscoil Ris in Limerick launch union to reconnect 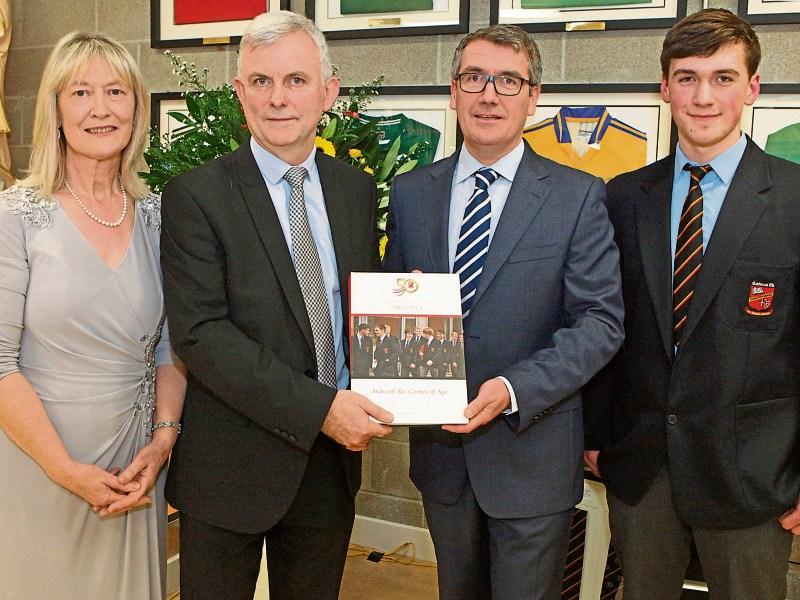 RENEWED friendships and fond memories of old secondary school days were shared at the official launch of the Ardscoil Rís Past Pupils Union this week — an initiative that had been in the pipeline for the past two years.

Formed to reconnect those who have attended the school over the past 50 years, the project was officially launched by Ardscoil Rís graduate and Dell chief Aongus Hegarty, and was followed by a wine and food reception at the school foyer.

Greeting more than 30 past pupils, members of the current student council and staff, Mr Hegarty — president of Dell Europe, Middle East and Africa — said that it is a “fantastic initiative.

“When I travel all around the world, particularly around Europe with my job, I am amazed at how many people from the school that are scattered across Europe and the UK. And it’s great to maintain that network. I think with the Past Pupils Union now being formed, it will be a more structured way to be able to do that.”

He told the Leader his days at the North Circular Road school had a “huge influence in how it shaped my career.

“It comes down to the overall ethos of the school, which is very much about academic, social, sport, learning, and a nice breadth of competencies and experiences. I was also influenced by individual teachers. I was always interested in business. Joe Harris was my teacher and he was a huge influence, and I then went on to do business studies in UL, and then went on to have a career in business over the last 25 years.”

Principal Bríd de Brún said that one of the objectives, as part of the school’s 50-year celebrations was to set up a network of the past pupils “for the development of friendships”.

“There have been so many past pupils who have achieved so much over the years, and one of the aspects of the school here is that all of the boys who leave maintain really close friendships and links with each other. So, we thought we could keep the line of communication open with our past pupils.”

President of the union, Gene Leonard, who left in 1979, said that the project was established in response to high demand from past pupils.

“The graduates of the school have been very successful, and they have kept coming back to the principal, and they have said that it would be great to have a past pupils union. There was a lot of talk about it and nothing happening. But then the principal called six of us to see if we would set it up.

“The main function of the union will be to provide a network and a contacts base for the past pupils and pupils that emerge to join. Your secondary school years, for most people, are the most memorable times, where you make the greatest friends. And over the years, you lose contacts with those friends. So it’s a place to make sure that people maintain contact,” he explained.

Teacher and secretary of the union, Niall Moran welcomed the launch and said that the new organisation will help “create legacy” for the new pupils who join the union.

“Ardscoil Rís has played a great role in developing everyone. From a sporting point-of-view and an academic point-of-view, the school has always prided itself in how the students have turned out.”

Past pupils can connect via the newly-launched website at www.ardscoilppu.com, where they can register their details.