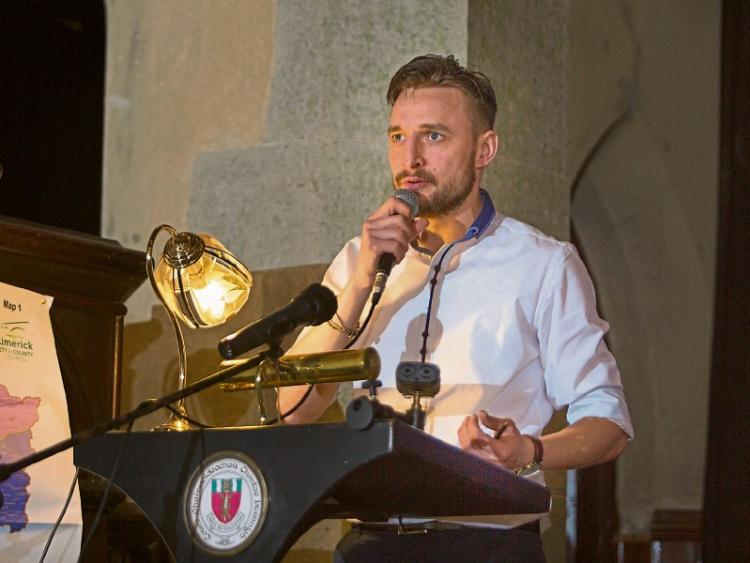 “The A&E department at University Hospital Limerick is like a warzone,” according to Senator James Heffernan, who this week raised concerns over the length of time people are waiting for health services including physiotherapy and speech and language therapy in Limerick.

“There are corridors lined with trolleys of sick and injured people waiting for a bed and overburdened staff trying to do the best they can in an otherwise unworkable situation. It’s a disgrace,” said the Social Democrats election candidate.

He says that figures recently released “further compound what kind of a joke our health system is and what service is or, more appropriately, is not available to the people of Limerick”.

According to HSE figures released to Roisin Shortall's office following a parliamentary question in the Dáil recently the number of people waiting in Limerick for physiotherapy is the highest in the country.

“According to these figures there are 280 people waiting up to 12 months for a physiotherapy appointment,” said Mr Heffernan, referring to the breakdown of the Limerick statistics.

“An additional 187 are waiting up to nine months. We are almost four times higher than any other county. These patients are not just statistics. They are elderly people who have suffered strokes, heart attacks, accidents, knee and hip replacements and urgently need to be seen by a physiotherapist - a necessary part of their treatment and recovery programme.

“Not getting this treatment at the optimum time could pose a negative impact on their recovery but also sees them languishing in pain.

“They include people who have gone through serious operations or had accidents and who cannot continue with their everyday lives without physiotherapy treatment. It’s an absolute disgrace.”

In relation to waiting lists for speech and language therapy Limerick has 39 people waiting up to eight months and a further 22 waiting up to 12 months for an assessment.

“The true victims here are the vulnerable children who are growing increasingly frustrated with not being able to communicate properly and putting extreme pressures on families,” said Mr Heffernan.

“Not having access to these types of services can have profound effects on the development and growth of these vulnerable children. This needs to be rectified and getting immediate attention.”

“The Social Democrats are looking at a long term fix on this.

“We are looking to introduce a national service similar to that in the UK. One which treats people according to their ailment and not what size their wallet is.

“It’s not something that will come in over night but is one that will ensure a more fair service for everyone.”

A HSE representative said that a waiting list initiative is “now underway in primary care to address areas with long waiters – and additional resources have been allocated in the 2016 service plan to address this”.