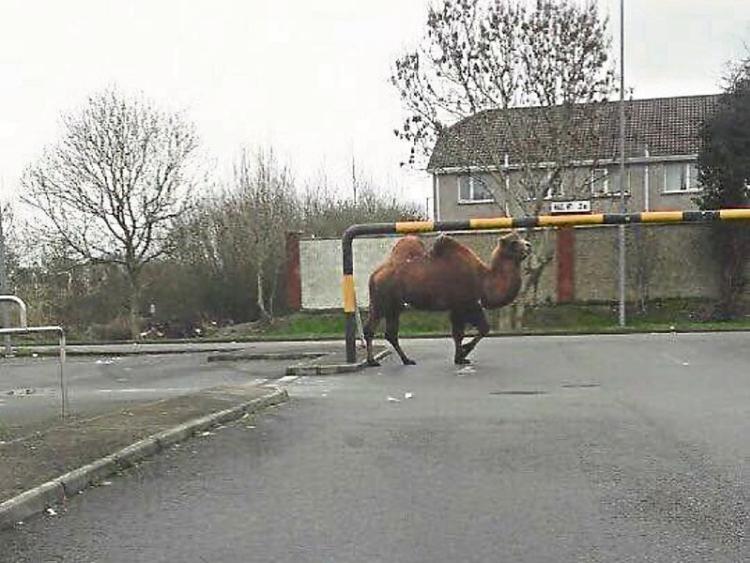 A CAMEL apparently pictured on the loose in Limerick city has prompted a bemused reaction among social media users.

The camel, which was pictured wandering around the car park at Castletroy Shopping Centre, reportedly escaped from a circus located nearby.

Just out for his lunch? @XBureX spotted this camel casually strolling around #Limerick pic.twitter.com/9E4NRG7Loo

Several Twitter users were quick to post pictures of the camel, with one tweeting: “Only in Limerick would you see a camel wandering around the place.”

Limerick’s comedy duo, The Rubberbandits, posted the picture on Facebook and said: “Lads there's a f*cking gas bastard of a camel wandering around the carpark beside McDonald’s in Limerick this moment. No owner can be seen. If he's not picked up by animal welfare then we're hiring him as an accountant.”

It is not known if the camel got the hump and decided to wander off from its enclosure, but it has been well known for animals to “escape” from time to time when there is a circus in town, perhaps seeking publicity from such an action.