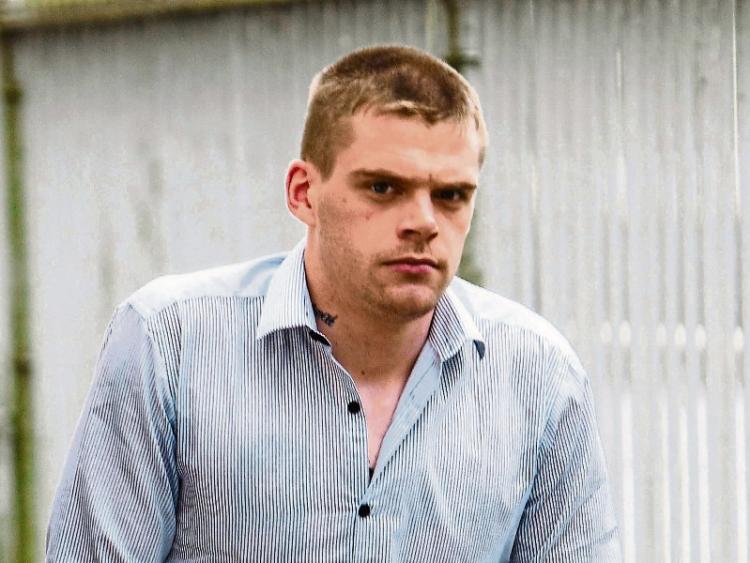 Martin Morey, pictured last year, will be sentenced on Friday

A CHRONIC drug addict who robbed a pensioner in the public toilets of a busy shopping centre, will be sentenced this Friday.

Martin Morey, aged 24, of no fixed abode, has pleaded guilty to assaulting the now 86-year-old at Roxboro Shopping Centre on July 30, last.

During a sentencing hearing this Tuesday, Detective Garda Mick Dunne said gardai were alerted to the incident by a woman who discovered the pensioner stumbling along a corridor at the shopping centre, with blood streaming down his face.

Limerick Circuit Court was told CCTV footage which was retrieved during the investigation showed that Morey, who has a large number of previous convictions, waited outside a toilet which was being used by the pensioner at around 11am.

Det Garda Dunne said as the man entered the toilet, Morey pushed his way through and pinned him to the wall with his arm

Morey then searched the man and took his wallet which contained a quantity of cash and a mobile phone before fleeing the scene.

During the violent incident the pensioner struck his head off the toilet cistern.

After the alarm was raised, an ambulance was called and Judge Tom O’Donnell was told a medical examination showed the victim had sustained a deep laceration to his forehead and two black eyes.

Det Garda Dunne said he changed his clothing at that house before leaving a short time later.

Morey was arrested a number of days later and during interview at Roxboro Road garda station made certain admissions relating to the incident.

The court heard the defendant told gardai that when he took heroin he didn’t know what he would be capable of doing.

The 24-year-old, who has previous convictions for arson, theft, robbery, possession of stolen goods and burglary, was remanded in continuing custody until Friday when Judge O’Donnell will hand down his sentence

Morey has been in custody since he first appeared in court last August. The case has been adjourned a number of times since for administrative purposes.

He faces a maximum sentence of life imprisonment.