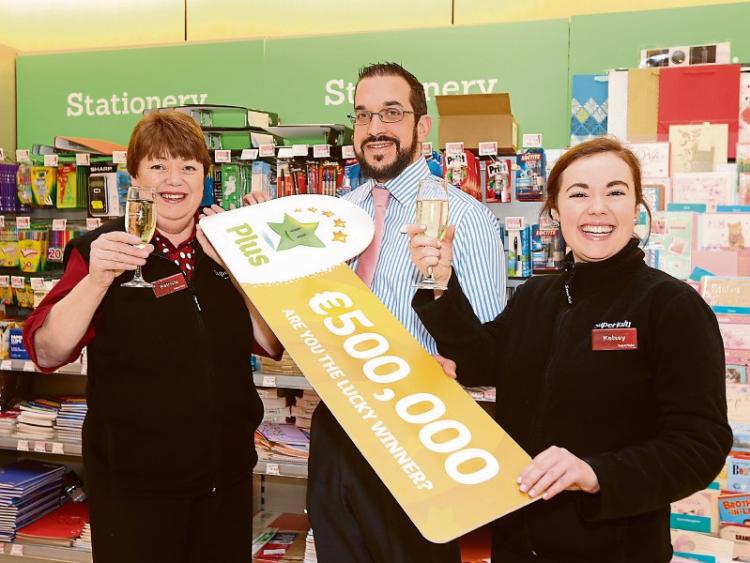 THE winner of a €500,000 Euromillions Plus prize has just over 24 hours to claim their winnings.

The deadline to claim the prize, the winning ticket for which was sold in SuperValu in Castletroy in November, is 5.30pm this Thursday.

Failure to do so will see the money return to the National Lottery coffers in order to be spent promoting the service “with the core objective of raising funds for good causes,” the body has confirmed to this newspaper.

A spokesperson for the National Lottery – which runs the Euromillions Plus draw which is exclusive to Ireland – confirmed that the winner had yet to come forward as of this Tuesday evening.

The €3 Quick Pick ticket was sold on Wednesday, November 11 in SuperValu for the following Friday’s draw and the winner has 90 days in which to claim it.

The winning numbers for the €500,000 prize were: 3, 4, 21, 27, 45. The lucky Limerick winner was the only person to match all five numbers in the November draw, with 91 people across the country matching four numbers.

The winner is being advised to sign the back of the ticket and to contact the National Lottery prize claims team on 01-8364444.

Speaking at the time of the announcement of the local winner in November, shop supervisor Miriam Costelloe said it was “great, it’s fantastic”.

“There has been a great buzz all week because a lot of staff buy their tickets here as well so we were all thinking it was one of the staff,” she added, noting that she had “no idea” who the winner was.

Meanwhile, the National Lottery has confirmed to this newspaper that Limerick has had 57 wins in the Lottery since 1988, when the game was launched.

This figure – which does not include the Euromillions draw – sees the county place sixth nationally, lagging far behind table leaders Dublin, with 565 wins, while Cork has had 172 and Galway 92 winners respectively over the draw’s history.