Food strategy aims to bring growth and jobs to Limerick 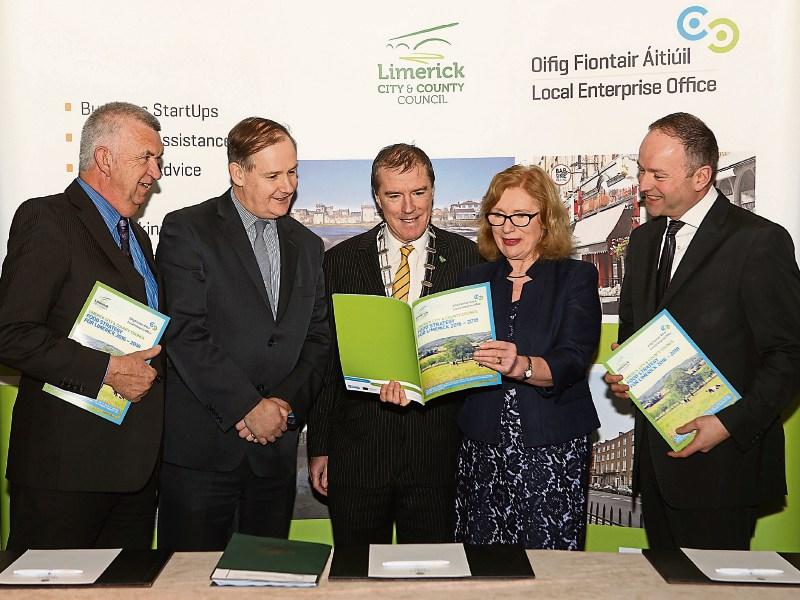 The first ever Limerick Food Strategy was launched by Education Minister Jan O’Sullivan in the Strand Hotel this Monday.

More than 100 food producers and suppliers were at the event, which targets growth of 6% for the local food tourism sector, and 10% sales growth for producers.

The strategy – which was passed unanimously by councillors –  was researched and compiled by James Burke and Associates through stakeholder interviews on behalf of the Local Enterprise Office Limerick, and was co-funded by Limerick City and County Council, the Government and the European Union.

The blueprint – 49 pages in total – include plans to set up a centre of food excellence at the Limerick Institute of Technology, as well as an annual Limerick food ‘super festival’ to showcase producers and restaurants.

To ensure these aims are delivered upon, a ‘food strategy facilitator’ is expected to be appointed to oversee its implementation, while council boss Conn Murray, speaking at the launch, promised the dust would not be allowed settle on the plan.

Also included in the strategic plan is the creation of a food tourism link to the Wild Atlantic Way, upskilling the food tourism sector and the development of a marketing plan.

It is envisaged 86 jobs in total will be created.

Ms O’Sullivan said: "The Irish food landscape has changed dramatically over the last decade with significant growth recorded in new producers starting up, food exports exceeding €10.5 billion for the first time and a general focus on locally-sourced food on menus in restaurants and hotels. The food tourism sector has also grown considerably with many visitors to Ireland citing the food experience as one of the outstanding features of their time in Ireland.”

Deputy Mayor, Cllr Gerald Mitchell added: “Food producers have been a staple part of community life in Ireland for many decades. They have been important contributors to the economy and it is only right and proper therefore, that they are assisted in their efforts to maintain and grow their respective businesses."

Research conducted during the preparation of the strategy indicated that Limerick had many strengths in its food sector including the improved diversity in Limerick’s food offering in recent years, a growing food producer base, new emerging food festivals and new enthusiasm from food stakeholders. The research also highlighted some weaknesses including a small number of specialty producers and the absence of "joined up thinking” with regard to developing the sector.