Despite having three award winning plays, Pat Kinevane does not think of himself as a writer 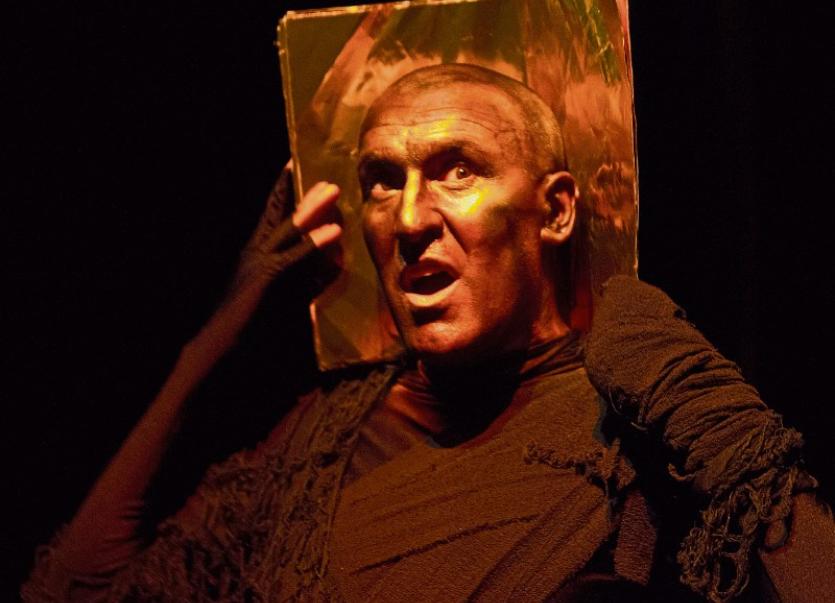 PRIOR to presenting his newest play for the first time during City of Culture at the tail end of 2014, Pat Kinevane, award winning playwright and actor, was, he admits, deeply apprehensive.

He had, he explains, “lost confidence” in Underneath, the third of his one man shows, all examining life from the fringes of society, taking the point of view of the underdog.

It was the premiere of the City of Culture funded Fishamble production and, with strong links to Limerick through his father – who hailed from Adare – Pat stood on stage and “had no idea how it was going to go”. He need not have worried, for the transfixing tale of a woman struck by lightning as a girl whose life is subsequently shaped by the disfigurement, was rapturously received.

The blackly comic tale, tackling society’s obsession with the aesthetic of beauty, is an extraordinary piece of writing, Kinevane’s third in a decade after the  international success of Forgotten and Silent, also produced by Fishamble, all directed by serial collaborator Jim Culleton.

Kinevane returns with all three plays to the Belltable to be performed over consecutive nights, a wonderful opportunity to see the evolution of this exceptional writer and performer, who hails from Cobh and whose association with Fishamble stretches back to 1993.

He admits it is a “challenge” to stage all three plays over consecutive nights, starting with Forgotten, a play concentrating on the care of the elderly, then Silent, a poignant piece focusing on the travails of a homeless man as its central character and finishing with Underneath.

“When you are by yourself, you are exempt from the nervousness surrounding a cast and you go out and enjoy it and be yourself,” says Pat. “I just decided that I had to enjoy this, and the more I do, the more I give to it. I love going out and working hard. There is a sense of achievement, but it is actually very humbling when you finish the three nights.”

He admits that, looking at the three plays “clinically, they have turned into a kind of accidental trilogy”. There are common threads, lives on the outside looking in largely, but it is primarily a rage against society turning its back on the less fortunate that joins the dots between them.

“I've been asked if there is a political undertone and of course there is, there has to be for me to be passionate about it,” says Pat. “I am not a journalist or a novelist, I don't even consider myself a playwright - I use the theatre to express my little, tiny corner of the world and what I see as injustice and what I see is love. Again, by accident, maybe one encouraged the other and it gave me the courage to go on and talk about something else that was sad and made me angry.”