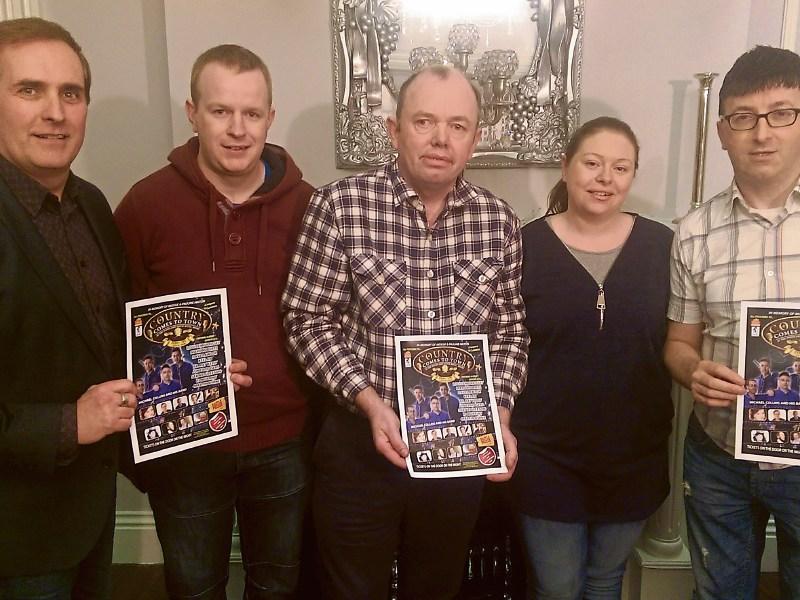 PJ CUMMINS, a porter in the Mid-Western Cancer Centre in UHL, is organising a fundraising concert inspired by a man whose life was claimed by the disease.

Maurice (Mossie) Histon, originally from Shanagolden, came up with the idea three years ago in memory of his late wife Pauline, who died from cancer.

Tragically, Maurice also passed away from the disease before he could see his idea come to fruition.

But PJ, who is from Doon, and Maurice’s son-in-law Jason have ensured his plan will happen. Country comes to town featuring nine household country acts and comedian June Rodgers will perform in the Woodlands House Hotel on Monday, February 15. It will be in memory of Maurice and Pauline Histon and proceeds will be split between the Mid-Western Cancer Foundation and Milford Care Centre. PJ said Maurice wanted to give something back for their care of Pauline while she was undergoing cancer treatment.

“Sadly it was put on the back burner after Maurice got sick but myself and Jason said we would go ahead with the night in memory of the both of them,” said PJ.

Maurice went to his eternal reward at the start of July, 2015. Pauline died five years before him.

Maurice loved country music and it was a shared love of songs that sparked a great friendship between PJ and the Shanagolden man.

“The first day I met Maurice was through radio. I used to work on West Limerick Radio and he used to ring up requests. One day inside in the cancer unit I said something and Maurice recognised my voice and copped who I was. We became the best of buddies and went on holidays together with other friends. A trip to Killarney will never be forgotten!

“Maurice was great craic, a real funny guy. He had a great love of country music - that is how all this came about. February 15 in the Woodlands is a who’s who of country music.

“The headline act is Michael Collins and his band but there are 10 different performers including comedian June Rodgers and an up and coming young lad called Keelan,” said PJ. Tickets cost €15 and are only availabe on the night. Doors open at 8pm with dancing from 9pm.

The Doon man has worked in the Mid-Western Cancer Centre for 11 years and looks forward to going to work every day despite the emotional toll it can take.

“I love it,  I love working with the patients there. It is amazing what you can do even if it is only taking the patient down to an x-ray in a wheelchair. I push them down, get the job done and bring them back. It’s job satisfaction and they appreciate what you can do for them,” said PJ, who always has a smile on his face and his next witty one-liner is only seconds away.

“We have some good laughs and that is what you need to keep going when you are low in the job. Somebody will bring you back up even though they are sick themselves.”

But the hardest part is when somebody that has become part of your life dies.

“Losing a patient is like losing a member of your family. You have been part of their lives for six, 12, 18 months. It is hard, it hits you,” said PJ. From his experience he know what the needs of patients’ are and “the money that comes in from fundraising is used very wisely”.

“It will all go on making the lives of patients  in the cancer centre and in Milford easier,” concluded PJ.