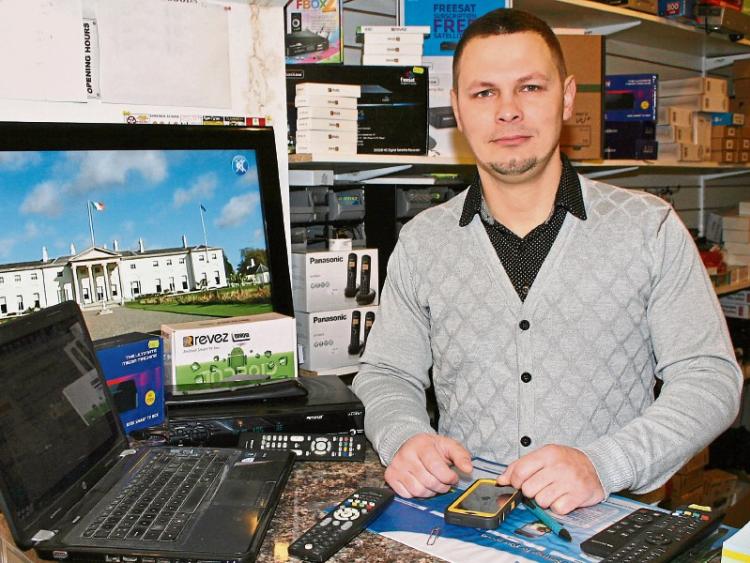 HUNDREDS of rural television viewers are facing upheaval, with wireless cable due to be turned off in April.

Virgin Media, which has recently taken over cable provider UPC has confirmed it will be turning off its Multichannel Multipoint Distribution System (MMDS), which allows customers outside the cable network access the service.

A spokesperson for the provider said it can no longer provide MMDS from April 18 onwards, due to the expiry of the licence, and the lack of a similar licence being made available from the communications regulator.

There has been criticism of Virgin Media from customers who will now most likely have to switch.

Limerick Leader local notes correspondent Hugh Murphy – 15 years a cable customer – said the whole village of Kilfinane could be affected by the turn-off.

He said: “We got a letter telling us, but there was no consultation. They did not advise us of what we had to do. It was just to tell us they were turning off the signal. I am not 100% sure of what I will have to do.”

Leader columnist Patricia Feehily, Ballina, said many in her village will also be affected.

”We never had any problem, everything was grand, and suddenly this thing was sprung on us. I find it very inconvenient. There was no discussion about it, only a message saying ‘It’s time to say goodbye,” she said.

“I’m sure everyone on my road who has multi-channel is affected, unless they have Sky,” said Ms Feehily, who has subscribed to cable for 12 years.

In its letter to affected customers, Virgin Media advised customers to contact Bonkers.ie, or Switcher.ie- “who will advise on the best options and can manage the transfer to an alternative pay TV provider”.

But Val Olshansky, of SatCity in Lower Gerald Griffin Street, in the city centre, said Virgin Media should have contracted a local company like his to help customers with the changeover, arguing a web address is remote and prohibitive for many.

He said: “It would have made things easier. They have sent a letter telling people they can contact two web sites, but people do not really understand. They were just told it was going to stop, and deal with it yourselves. If they had pointed to a local company who could take it over, it would have made it easier for people.”

Asked what advice he would give to customers who will be left with a blank screen come April 18, Mr Olshansky said they could look at either subscribing to Sky, and paying by the month, or taking on a Freesat package, which has a one-off payment of €250.

He said since the news of the MMDS turnoff broke, his shop has seen an increase in trade.

In the areas where Virgin Media’s MMDS service is going off the air, there is not a strong broadband service leaving satellite television, or Saorview as the only options to access multi-channel television.

In order to access British television channels, it is likely satellite will be the only option, leaving customers potentially having to have new equipment installed.

Former communications worker Tomas Hannon, Dooradoyle, believes an alternative to MMDS should be put in place.

The former councillor said: “It is not fair for people to be left high and dry after so many years”.

A Virgin Media spokesperson said the firm does not provide a breakdown of its MMDS customer numbers.

”We will continue to keep in touch with our MMDS customer base and offer any assistance through out ongoing customer communications,” she concluded.