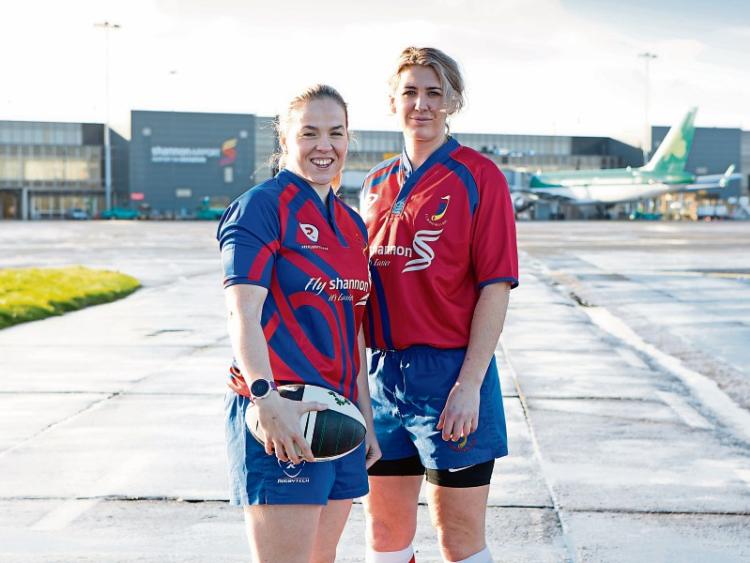 Irish Rugby captain and UL Bohs’ scrum half Niamh Briggs with second row Sara Hartigan pictured at Shannon in the new kit, which the airport has sponsored Picture: Brian Arthur

UL Bohemian’s women’s rugby team is hoping for a turbo boost for the rest of the season, having secured the backing of Shannon Airport.

The team, the most successful women’s club rugby team in Ireland, has seen the year get off to a positive start thanks to the airport’s jersey sponsorship and scrum half Niamh Briggs is hoping the backing will give the side further wings as it focuses on the All Ireland Cup competition.

“I have seen first-hand just how important Shannon Airport is to this region and the all-round contribution it makes so we are delighted to be associated with such an important brand,” said Ms Briggs, an integral part of the UL Bohs set-up who is also the current Irish team captain, whose day job is as a garda based in Roxboro.

“It really validates the efforts being made by all involved in this great club,” she added.

Shannon’s chief commercial officer Andrew Murphy said the airport was “delighted” to support the team, which won an unprecedented 11 All-Ireland League titles between 2001 and 2013 and recently lost the league final to Old Belvedere by just two points.

“We are delighted to support UL Bohemian women’s team,” he said. “They have been trail blazers in women’s rugby over the past 15 years and their commitment and determination on and off the field deserves support, so we are glad to come on board.”