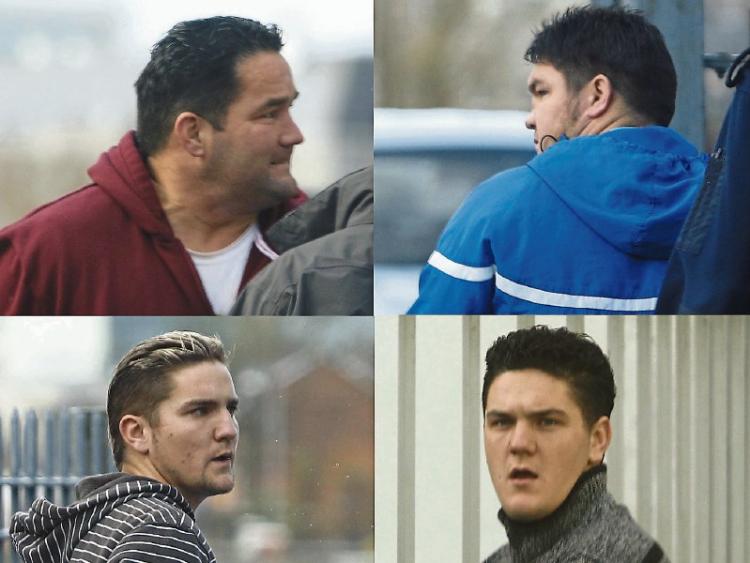 Jimmy, Simon, Francis and Terry Casey each pleaded guilty to two charges. They will be sentenced in May

FOUR members of the same family have pleaded guilty to charges relating to a violent incident at a busy petrol station during which a man sustained serious head injuries.

However, when they were arraigned this Wednesday afternoon, each of them admitted engaging in violent disorder at Springfield Filling Station, Croagh on November 23, 2014.

The brothers also pleaded guilty to assaulting Michael Stokes, causing him harm, at the same location on the same date.

Previously, Limerick District Court, was told that Mr Stokes, who lives in County Waterford, was attacked and left in a ditch by the defendants who alighted from a car which pulled into petrol station at around 2.30pm.

Mr Stokes required hospital treatment for serious head injuries, which were sustained during the assault, which gardai believe related to a drugs debt owed by relatives of Mr Stokes.

Investigating gardai previously stated the parties met by chance at the filling station and that the assault, which was caught on CCTV, was a message to ensure the debt was paid.

The defendants first appeared in court shortly after the incident and the matter was formally sent for trial at the Circuit Court late last year on the instructions of the Director of Public Prosecutions.

After the defendants entered their guilty pleas, Michael Collins BL, instructed by State Solicitor Aidan Judge, said a Nolle Prosequi was being entered in the case of their father – Paddy Casey.

Noting the charges were being withdrawn, Judge Tom O’Donnell formally discharged the 60-year-old from his bail conditions.

Jimmy, Simon, Terry and Francis Casey were remanded on continuing bail until May 6, next for a sentencing hearing.