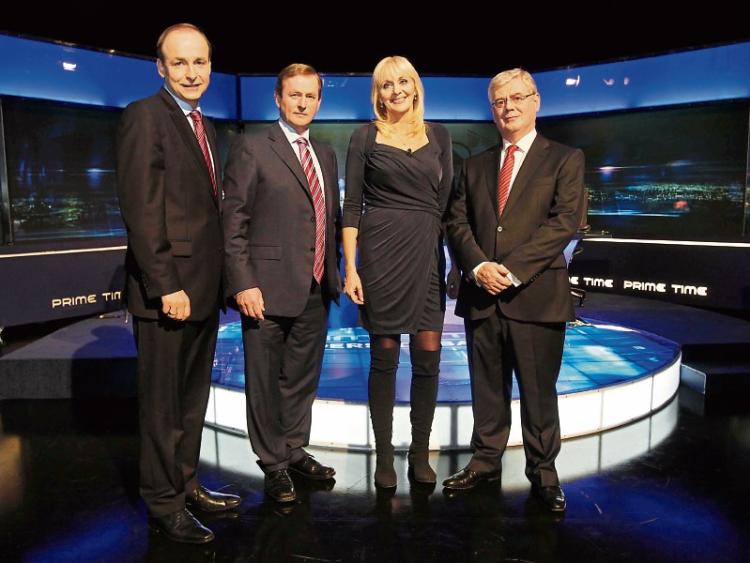 Miriam O'Callaghan with then party leaders Michael Martin, Enda Kenny and Eamon Gilmore at the debate for the 2011 election Picture: Leon Farrell/Photocall Ireland

THE University of Limerick will host the first ever RTE general election TV debate to be held outside Dublin in a fortnight’s time.

After the Dail was dissolved this Wednesday monring, and the general election called for Friday, February 26, UL has followed by officially announcing that the event will be broadcast live from the University Concert Hall as part of RTE’s Claire Byrne show on Monday, February 15.

The university will also host a live post-debate analysis show capturing commentators’ reactions, which will be broadcast from the campus directly after the leaders’ debate.

“One of the first took place in February 1982 with Garret Fitzgerald and Charlie Haughey. Even in this digital age, this association connects UL with audiences nationwide through an occasion of real importance, so we’re delighted to host RTE and party leaders next week,” said Mr Mulqueen.

This is not the first time UL has hosted live national TV broadcasts. UCH has in the past hosted The Late Late Show in 2006, the live Eurosong Selection Show in 2008 and Gradham Ceoil TG4, 2012 – 2014.

The audience make-up is outside both UL’s control and that of RTE. To ensure fairness and impartiality, a polling company will select the audience for the leaders’ debate.