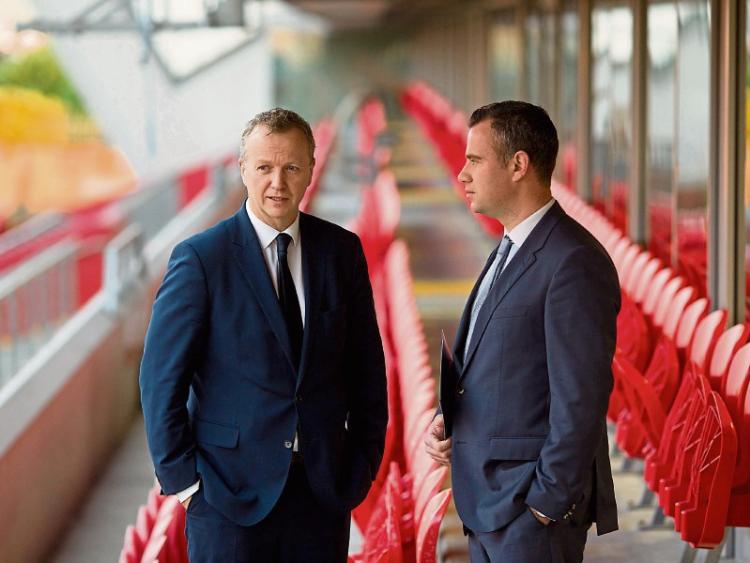 LIMERICK can be an “antidote” to the “saturation” of Dublin and Galway over the next decade, a top businessman has said.

Tony Hanway, the chief executive of Virgin Media, which has recently taken over UPC, is “very optimistic” about the future of the city, saying he can “guarantee the next ten years are going to be infinitely better than the previous”.

He said he is looking forward to his company playing a part in what he hopes is growth in Limerick – Virgin Media employs hundreds of people at its call centre at the Limerick Enterprise Development Partnership (LEDP).

And he said Limerick is ready to cater for the overspill from the capital.

Speaking at the Chamber’s first ‘business strategy’ conference in Thomond Park, Mr Hanway said: “If Dublin grows in the next five years like it has grown in the last five years, it is going to become unbearable. I don’t think people realise that. The roads are clogging up now. It’s going to be difficult to find the talent and skills which are needed.

"Prices are going to increase on the property side. I think there will be a huge talent crunch in Dublin, and I think it's going to necessitate the need to look outside. Limerick can be the antidote to Dublin and to a lesser degree the saturation we see in Galway. There is ample room to expand here.”

Uber’s Ireland manager Kieran Harte said he is sure his firm – which he says is the fastest growing ever – has made the right decision in coming to the city.

“Our short history proves we do not make many wrong decisions. I would be positive about why we chose Limerick. We know Limerick is going to give us exactly what we need moving forward. It has fantastic talent and really bright young minds.”

Fellow panellist, the FAI chief executive John Delaney said: “Maybe Limerick was too dependent on Dell. We need to make sure into the future, we are not too dependent on certain industries, as this leads to a whole host of problems in the future.”

St Mary’s Park born Trish Long, who is now the vice-president and general manager of Walt Disney Studios in Ireland added: “I genuinely from a practical point of view feel a tangible sense when it comes to Limerick of people’s warmth and confidence.”