RE-ENACTMENT: PUPILS AND STAFF RETRACE FOOTSTEPS OF CLASS OF 1916 TO MARK CENTENARY 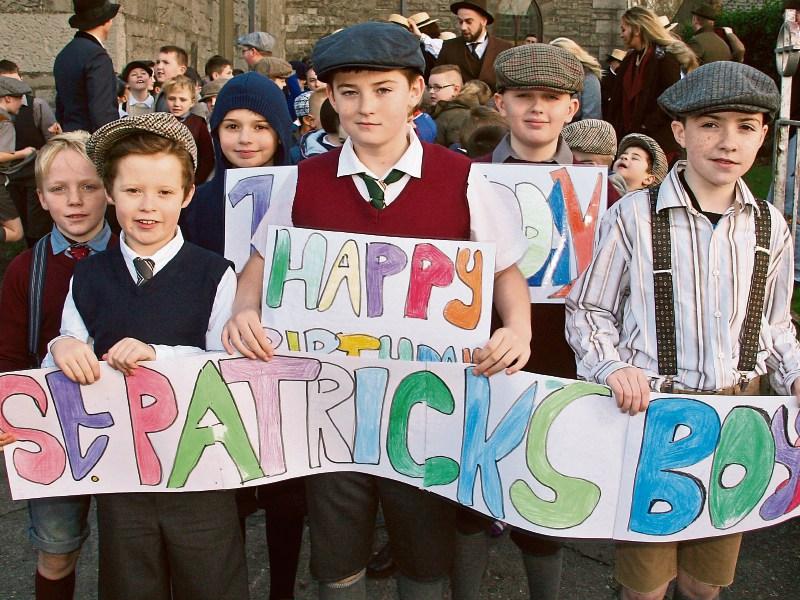 PUPILS from St Patrick’s Boys and St Patrick's Girls national schools replaced their uniforms with costumes from 1916 as they marked the centenary celebrations of the school's move to the Dublin Road.

As part of the celebrations, pupils and staff from both schools reenacted a walk which was made by pupils of the old St. Patrick’s Boys’ and Girls’ school on February 1, 1916.

“We are reenacting the very first day that the school opened on the Dublin Road,” said Fr David Gibson, who explained that prior to 1916, the school was located on a site at the rear of St Patrick’s Church, Clare Street.

While both schools remained in the same building for half a century, the boys moved across the road to a new building in 1966 due to population growth in Garryowen and Rhebogue. While it has undergone change, the current girls’ school remains in the same location.

Sixth-class pupil Rebecca Murphy from Rhebogue says it was fun getting her costume together ahead of Monday’s event.

“We looked up the internet to get ideas and then we went into town and we went into charity shops where we got my skirt,” she explained.

We are officially the 100th sixth class - it’s exciting, it’s not every day your school turns 100 years old,” added Rebecca.

For teacher Sinead Clancy, Monday saw her follow in the footsteps of  her grand aunt, Margaret Mayburns who was one of those who made the original walk 100 years ago.

“There has been a lot of preparation for the reenactment, it took a lot of organisation but it turned out very well – the costumes, the decorations – it has come together very well,” said Ms Clancy, who teaches sixth class at St Patrick’s Girls NS.

Minister for Education and Skills, Jan O’Sullivan, who attended Monday’s event said, “It’s a real way for the pupils to get a real personal feel of what life 100 years ago might have been like and fair dues to the teachers who have hired costumes and are all dressed up as well.”