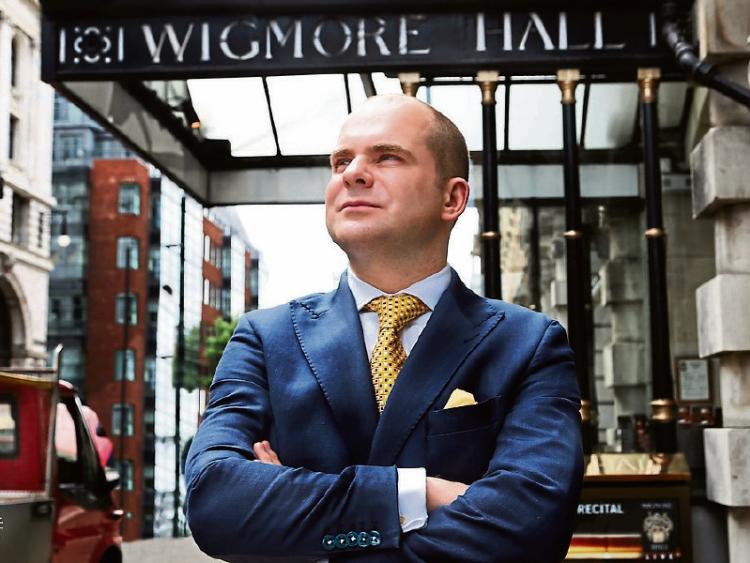 ONLY TWO men from the Republic of Ireland made the recent Sunday Times/Debrett’s 500 list of the most influential people in Britain and one was born and raised in Lisnagry – John Gilhooly.

John became director of London’s Wigmore Hall in early 2005 when he was just 32, making him the youngest leader of any of the world’s great concert halls.

In 2013, he was awarded an OBE by Her Majesty Queen Elizabeth II for his services to music.

And now he is listed amongst the great and good of Great Britain.

“It’s lovely to be included in the list. As far as I’m aware there are only four Irish people on the list. Two from Northern Ireland - Rory McIlroy and James Nesbitt - and then me and Graham Norton from the south.

“Other people on the list include David Beckham, Dame Judy Dench, Sir Elton John, The Duchess of Cambridge and Prince Harry.

“There’s a party tonight for everyone who made it onto the list, so I’m looking forward to attending that,” John told the Leader on Monday.

The University College Dublin graduate has spent most of his working life in England but Lisnagry remains home.

And he is well-up on the flooding situation that threatened countless houses and how the council, army and locals did everything in their power to combat it.

‘I was thrilled to be at home in Lisnagry for Christmas. I missed the worst of the flooding in Castleconnell that came afterwards, but I was very impressed to hear about local people who know the area and the river getting up every morning to give their all and their knowledge to try and prevent serious flood damage.

“I come from an astonishing parish where there’s a great sense of community. It’s heroes like those who did so much to protect people’s homes and property who deserve lots of recognition,” said John.

He regularly comes back to Limerick and he will be doing so in a work capacity next October.

“I’ve just been invited to say a few words at the Castleconnell Concert Series and I’m pleased to say that I can fit it in.

“It’s wonderful to go home to Castleconnell to do something I’d usually do in Germany or Austria.

“This is the first time I’ve done something like this in Ireland and I’m thrilled that it’s happening in my home village,” said John, a brother of Owen Gilhooly - a tenor and founder of the Mid-West Vocal Academy.