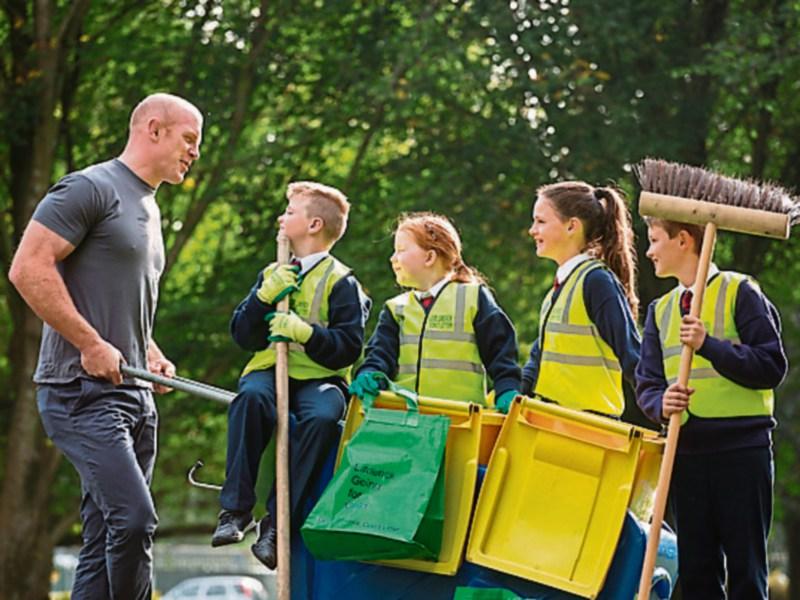 WITH 3,000 volunteers already signed up, organisers of the second annual Team Limerick Clean-up are encouraging communities, sports groups and schools to sign up as early as possible to ensure that this year’s event surpasses the huge success of TLC 2015.

Thousands of volunteers will be encouraged to come out once again in force to pick litter in their local areas throughout the city and county.

In addition to the volunteer participation,TLC2 will be asking fast food outlets and convenience stores throughout Limerick to support the initiative by displaying merchandise and posters to further promote the safe discarding of disposable food and drinks packaging.

Team Limerick Clean-Up2 (TLC2), is an initiative sponsored by the JP McManus Benevolent Fund and administered by Limerick City and County Council.

It is endorsed by rugby giant Paul O’Connell, and the official partners include the Limerick Leader, Mr Binman, and Limerick’s Live 95FM.

Following on from the success of the inaugural TLC event, Dublin is now following Limerick’s lead with plans for a major clean-up across the city to prepare for the Easter 1916 commemorations.

Ten thousand volunteers will be asked by the local authority to devote two hours to cleaning the city centre on Easter Saturday, ahead of the State’s official 1916 commemoration ceremony on O’Connell Street that weekend.

Meanwhile, TLC2 has a dedicated website www.teamlimerickcleanup.ie where volunteers can register.

The email address is tlc@limerick.ie and the helpline telephone number is 01 2953519.

Clean-up packs will be available for all those who register from early March from outlets around the city and county.