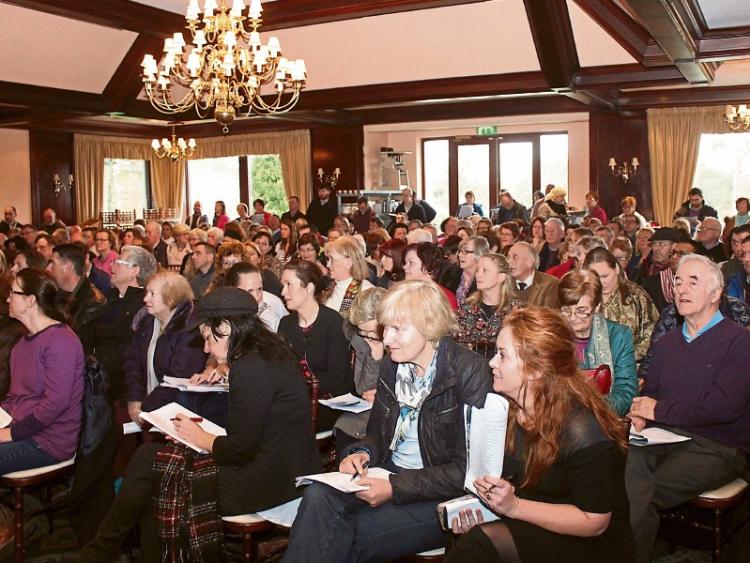 NOT EVERYONE is ‘to the Manor born’ but for two days last week hundreds of people from across Limerick and beyond had the chance to acquire a five-star piece of history for their own home.

There was no signs of any recession in Adare on Thursday and Friday, as Adare Manor flung open the doors of its golfhouse to host the auction of its interiors and exteriors, before it completes a major refurbishment under new owner JP McManus, estimated to cost over €30m.

Bidding was fast and frenzied under auctioneer Aidan Foley, of Irish Country Home, with the prices fetched for some items raising more than a few eyebrows.

Among the lots on day one was a late Victorian pitch pine kitchen table, with a guide of €200 to €400. “You won’t see another one like it again,” enticed Mr Foley from the top table. Its price finally settled on €820.

The most expensive item to sell over the two days was a Yahama baby grand piano which sold for €4,550, more than four times its reserve.

Over 5,000 people came to view the auction lots on Tuesday and Wednesday, and more than 800 people registered for the auction on the first day of the sale. In addition, there were some 300 active bidders online and more over the phone.

Dotted around the clubhouse were huddled groups, examining the brochure and keeping a eye on the TV at the same time, as the bids came through.

“I heard Donald Trump is buying the whole lot,” laughed one farmer from Clare. “I’m not here for anything in particular myself, but it was a wet day, so I said I’d come in. I might try my hand at those stainless steel tables later in the day, but everything is going for mad money, mad altogether.”

The auction did not just draw bidders from across the Mid-West. Mr Foley said that they had bidders from France, the UK and New York – “all looking for a little piece of Adare Manor”.