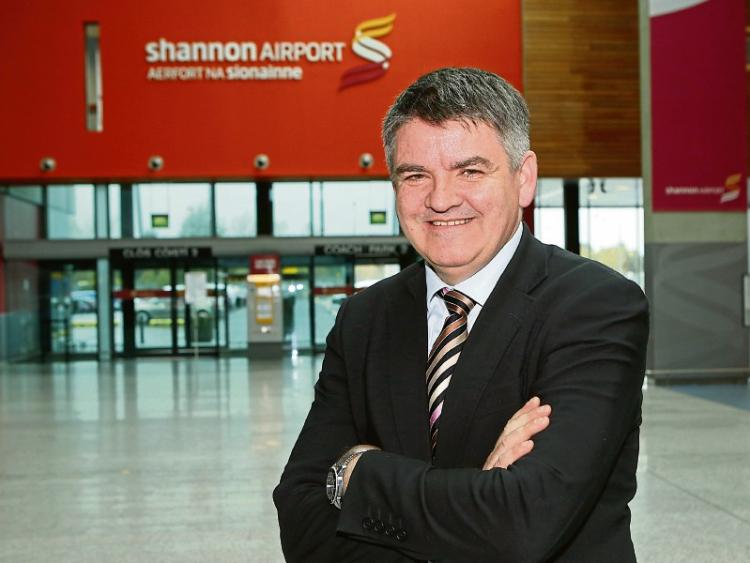 THE Shannon Group is expecting “strong interest” in the post of chief executive officer, replacing the outgoing Neil Pakey when his contract expires in June.

The group is seeking an “ambitious” CEO who will deliver on strategic objectives, while also developing “a vision of further growth”. The “exceptional candidate” will be expected to “drive progress in the group’s evolution” and as such will require an “inspirational candidate” who has a track record of significant achievement.

“The process of recruiting a new CEO for what is a dynamic organisation and key economic driver for the Mid-West and beyond is now under way and we expect strong interest in this post by the time the closing date of February 5 next is reached,” said a spokesperson.

Shock greeted news in December that Mr Pakey was to leave the company when his three year contract expires in June. Traffic at the airport had grown during his tenure, but had slowed during 2015 before rising over Christmas.

Limerick Chamber of Commerce chief Dr James Ring said that the “onus is on the board now to ensure the good work is continued.

“Neil has made excellent strides in what I imagine was a very challenging environment. What is important is they get someone quickly, and of the same kind of calibre Neil is,” he said.

Meanwhile, a spokesperson for Shannon Airport has noted that it is the “key US gateway to the west and south of Ireland” in response to reports that the EU Commission has urged US authorities to make a decision on a stalled licence application which is overshadowing efforts to launch transatlantic flights from Cork Airport. A Norwegian airline is seeking to launch Cork to Boston and Cork to New York services in 2017.

A Shannon spokesperson said: “Due to increased demand, we have enhanced capacity this year again and will operate in total services to five US hubs. We look forward to a busy season on transatlantic and, indeed, all our services in 2016.”