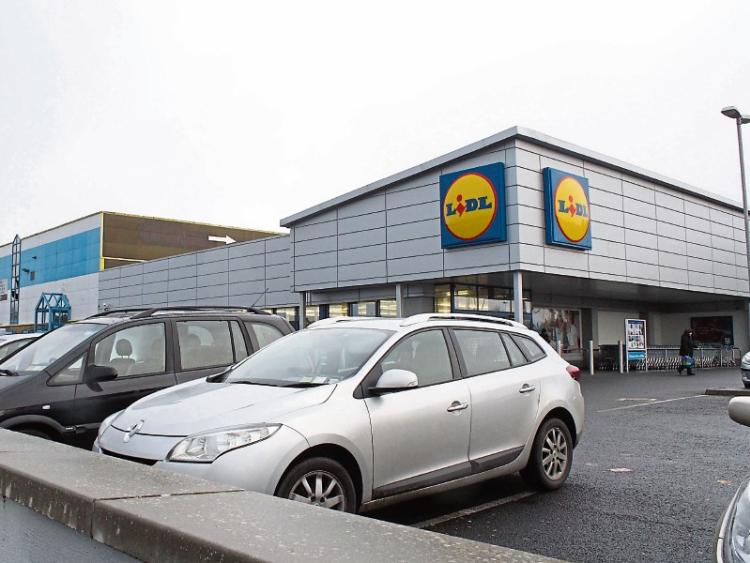 EUROPEAN supermarket chain Lidl has major development plans, as it wishes to knock its current premises on the Rosbrien Road and Childers Road, in order to construct a new discount foodstore.

The planning application was lodged with Limerick City and County Council earlier this week, and it is expected that a decision on the construction of a new supermarket will be finalised on March 17.

If Lidl’s application is approved, the Childers Road building and former Chadwicks Builders Providers unit will be demolished, to build a new “mono-pitched licensed discount foodstore” with ancillary infrastructure, ranging from one to two storeys, totalling to 2,947 square metres.

According to the application, the new foodstore will consist of a sales area, off license, bakery, public facilities, lobby, delivery area, stairs and lift to mezzanine floor, all at ground level.

Metropolitan deputy mayor, Cllr Sean Lynch welcomed the supermarket’s intention to expand in the area, and said it is “always positive” once it creates local employment.

The City West councillor said that it was also good news to see the new Inver petrol station open up along Ballinacurra Road recently.

“It’s a vibrant area. There is a big population there, and it is definitely good for the area, there’s no doubt about that. Because it was neglected for a long time, and it’s good to see places opening up. But once it’s creating local employment and everybody is getting on, that’s the main thing,” he said.

Cllr Lynch did, however, express some concern over how it could impact on the smaller stores in the area, but added that people visiting a new, expanded supermarket may “feed into those smaller shops”.

Fine Gael Cllr Maria Byrne also welcomed Lidl’s application, and said that it should create employment in relation to delivery of services, including construction work.

“There are a lot of people that go there on a daily basis, so they are looking to expand. There will be part-time and there will be full-time jobs, and the fact that they are expanding has to be welcomed. If there is demand, there are services.”

Labour Cllr Joe Leddin said that, given the scale of the plans, there could be a “possibility of further job creation” and that it is a “positive developement” in the area.

A spokesperson for Lidl declined to comment on the matter.