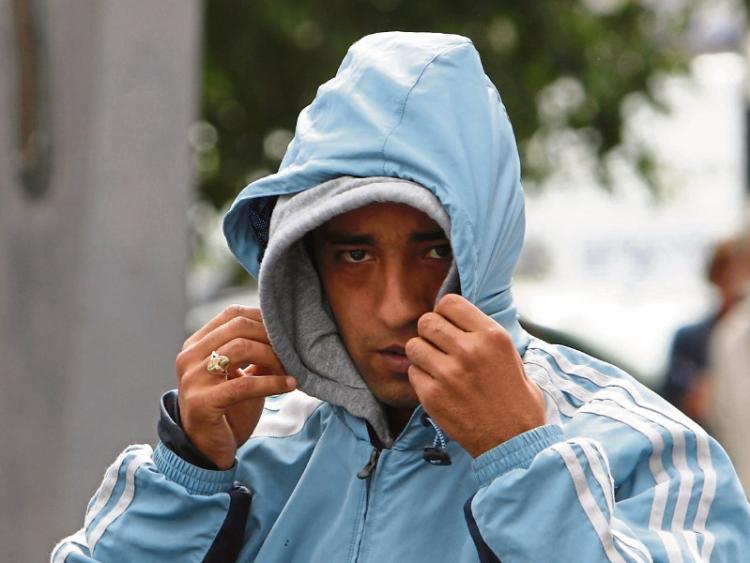 ONE man was given a suspended prison sentence and another fined €400 following a scuffle in a shop in Croom during which a wheel brace was produced.

One of the men had his two-year-old daughter in his arms at the time, Newcastle West district court heard.

Damien O’Grady of 13 Elm Park, Croom pleaded guilty to charges of threatening behaviour, assault and production of an article in the course of the incident, which occurred on February 15, 2015.

Vincent O’Gorman, with an address in Shrule, Co Mayo pleaded guilty to charges of criminal damage and driving without reasonable consideration arising from the same incident

The court heard that Mr O’Gorman had been standing in the queue in the Spar supermarket in Croom with his two year old daughter when Mr O’Grady arrived in the shop carrying a wheel brace. He went up to Mr O’Gorman and threatened him with the wheel brace and a scuffle ensued.

When the fight was broken up, Mr O’Gorman was so annoyed that he got into his car and drove off, clipping the wing mirror of the other man’s car as he drove off.

According to his solicitor, John Lynch, Mr O’Gorman had his daughter in his arms and was waiting in line for the checkout when the attack occurred. He had not known that Mr O’Grady was coming into the shop. Solicitor for Mr O’Grady, Brigid O’Donnell, told the court that the incident was the result of an “ongoing dispute” between the two men.

She pointed out that, following his arrest, Mr O’Grady had alleged to gardai that he had previously been threatened by members of the O’Gorman family. She quoted from Mr O’Grady’s statement to gardai: “When I went into the Spar shop, I saw Vincent O’Gorman. I told him he had better stay away from my family and my kids”.

Ms O’Donnell alleged that the dispute had begun some time before when Mr O’Grady’s seven year old daughter was approached by members of Mr O’Gorman’s family who told her that she was of “mixed race”.

This had caused a great deal of distress to the girl and prompted an angry reaction from Mr O’Grady who subsequently damaged a car belonging to Mr O’Gorman’s sister.

She also claimed that family members of Mr O’Gorman had driven past her client’s house and made “gun signs” with their hands.

On the day of the incident in the Spar shop, Mr O’Grady had just gone in to get something in the shop when he spotted Mr O’Gorman in the queue and confronted him.

“He was a man who was basically at the end of his tether,” she added.

She added that her client had “no intention” of hitting Mr O’Gorman and only wanted to warn him.

“He really regrets what happened on that day,” the solicitor said, pointing out that Mr O’Grady had since moved to Dooradoyle.

The court heard that Mr O’Grady had 21 previous convictions, including for assault, public order and motoring offences. Ms O’Donnell told the court that he was trying to get his life back on track and was in steady employment.

Judge Mary Larkin said that, in light of his previous convictions, Mr O’Grady's actions in taking the law into his own hands were “irrational”.

She imposed a three month prison sentence for assault, which she suspended for two years on condition that he engage with the Probation Service with regard to anger management. She also imposed a fine of €500 for producing the wheelbrace during the course of the incident.

Mr O’Gorman, who the court was told had four previous convictions, was fined €300 for criminal damage and €100 for driving without due consideration.