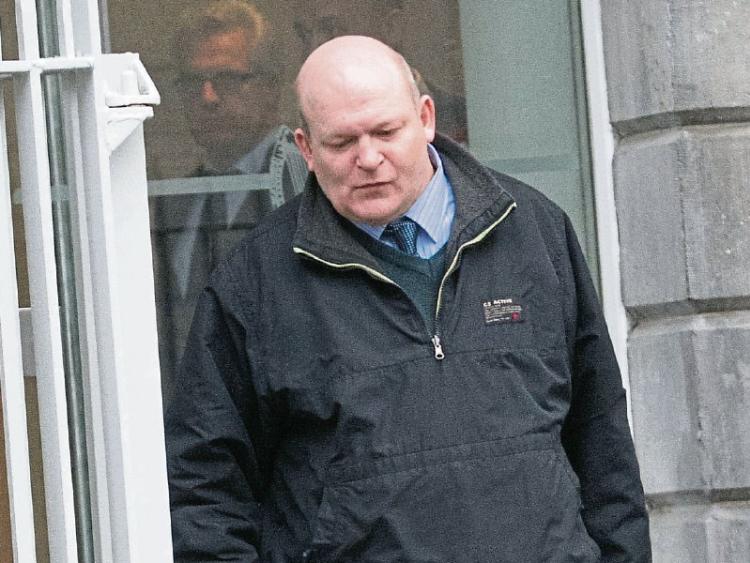 A  MAN who daubed anti-Pakistani, expletive-laden graffiti on the outside of a fast food restaurant - an act which a judge deemed to be “despicable” and “outrageous in the extreme” - has avoided going to jail.

However, he had pleaded not guilty to “acting in a manner likely to stir up hatred” contrary to Section 2 of the Incitement to Hatred Act.

A 'nolle prosequi' was entered at Limerick Circuit Court on Thursday morning in relation to this charge after the court heard that the prosecution was unable to enter evidence.

In relation to the charge of criminal damage, the court heard that on September 14, 2014 Hobbs wrote “Pakis out now. perverts s*** c**** and murders” in white paint on the door of Mega Bites, a restaurant owned by Pakistani nationals.He had previously threatened to kill the owner of the fast food outlet with a kitchen knife.

Michael Collins, BL,instructed by State Solicitor Aidan Judge, said that when interviewed by gardai, Hobbs said; “I think they are anti-English people” in relation to the proprietors.

When asked why he thought that, Hobbs, the court heard, replied; “Because they are Muslims, aren’t they?”

Michael Collins BL, said that when asked by gardai if he had a problem with their religion, Hobbs replied; “No, not at all, but I do have a problem with people abusing 10 and 11 year olds and chopping innocent people’s heads off.”

While he said that he didn’t know what the proprietors of the fast food outlet had done, he added; “It’s Muslims I have a problem with.”

CCTV footage of the incident - which is said to have occurred shortly before 5am on the date in question - was shown in court. Hobbs could be seen standing outside the premises with his hood pulled up over his head. The footage then shows him pulling down his hood, looking up the street and then applying paint from a large vat to a sponge and daubing it on the front of the premises.

At one stage he is seen standing back on the footpath to assess his work before continuing again to apply the the paint.

The court heard that Hobbs had consumed alcohol on the night in question.

In court, Garda John Curtin of Ballylanders garda station said that Hobbs was identified and arrested.

The court heard that Hobbs had slept most of the day before being questioned and was at one stage heard snoring in the cell.

“He has a problem with alcohol. He has informed me he has been to Bruree House and stayed there for a term,” said Garda Curtin.

Lorcan Connolly BL, representing the defendant, said his client, who has been living in Ireland for over a decade, was born in the UK.

“He suffered a significant setback when his father died. In his own words, he hit the drink badly,” said Mr Connolly.

The court heard that Hobbs had not come to the attention of the gardai until aged in his 40s and  has been treated for depression.

Mr Connolly said his client was “shocked by his behaviour” when shown the CCTV footage of the incident.

“He accepts that offensive graffiti has no place in Kilmallock or in society,” said Mr Connolly, adding that his client offers his apologies to the injured party.

“He is a man of strong views in respect of certain matters,” he added.

The court heard that Hobbs had previous convictions for matters including intoxication in a public place, engaging in threatening, abusive or insulting behaviour, and threatening to kill or cause serious harm.

Under oath, Hobbs apologised  to the proprietors - an entirely innocent party - and said he was going through “a lot of personal problems” at the time of the incident and was having difficulty sleeping.

He said he carried out the offence “on the spur of the moment”.

“I was watching telly - people getting their heads cut off,” he said.

“I’ve been trying to make a life for myself. I’m doing my best to stay off the drink but it’s bloody hard - very hard,” he said.

Judge Tom O'Donnell said this Friday that Hobbs' actions were “outrageous in the extreme” and “extremely disturbing”.

However, the judge said Hobbs had “expressed remorse”.

He said there was “the person who carried out this despicable act in 2014” and the person “in court today, in a much better place, and he must be given credit for dealing with his addictions. Hopefully he'll become a more tolerable person.”