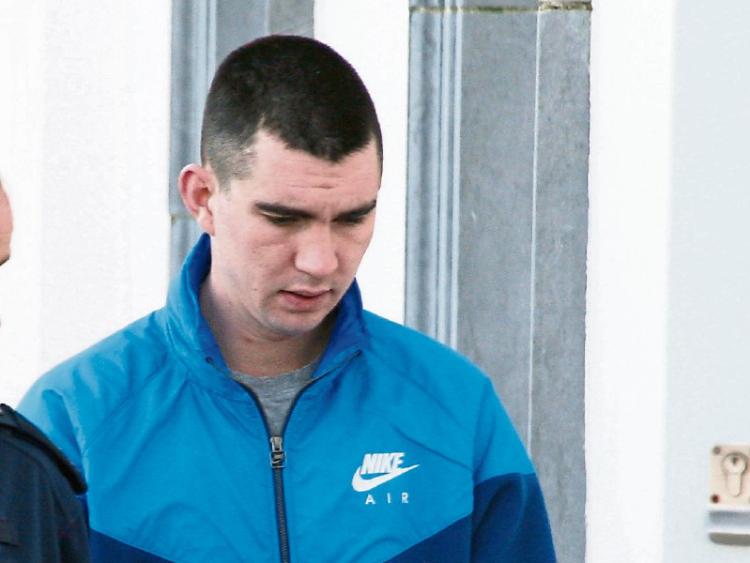 Tony Kelly, who pleaded guilty to a robbery charge, was sentenced to six months’ imprisonment

A SOUTHILL man who assaulted a couple while they were out walking has been sentenced to six months’ imprisonment.

Tony Kelly, aged 25, who is originally from O’Malley Park pleaded guilty to charges relating to the incident which happened at Elsinore, Castletroy, on the evening of August 3, 2014.

Sergeant John Moloney told Limerick District Court the defendant approached the couple as they were walking and asked for a light.

After assaulting the man, Kelly then threatened his fiancée before forcibly taking her designer wallet, which was worth more than €300.

Kelly, who has a large number of previous convictions, was quickly identified as a suspect by gardai and his then home at the Orchards, Castletroy, was searched under warrant the following day.

Judge Mary Larkin was told that several items of stolen property were located at the house during the search and that the defendant made admissions following his arrest.

Solicitor Kate Fanning said her client, who is currently serving a lengthy prison sentence for separate assault, theft and robbery offences, has two children – both of whom were born at times when he was in custody.

She said Kelly, who has no formal education, has an underlying addiction to alcohol and street tablets which has been a major factor in his history of offending.

She said most of his convictions are for road traffic and public order offences.

She said her client can’t remember what happened as he was under the influence of intoxicants on the day.

Ms Fanning said Kelly has had time to reflect on his life while in prison and that he has “gained clarity and insight” into his past.

“He hopes to have some type of future on release,” she said.

Imposing sentence, Judge Mary Larkin commented that robberies such as the one before the court are a “horrific crime” which can be devastating for victims.

She imposed a six month prison sentence, which she ordered should be served consecutively to the sentence which Kelly is currently serving.

The charge relating to the handling of stolen property was taken into consideration.