HOUSING:  PROPOSALS SENT TO NATIONAL PLANNING AUTHORITY WITH DECISION DUE IN MAY 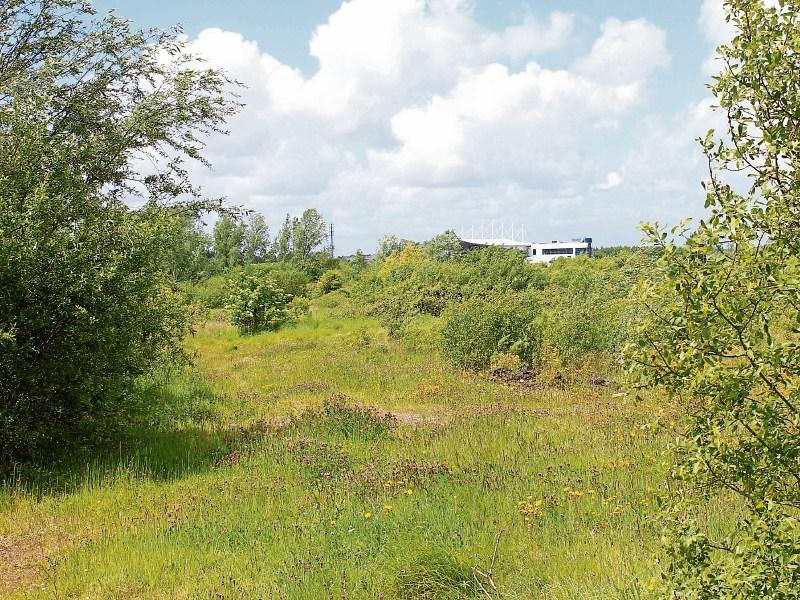 The Greenpark site, with access seen here via the South Circular Road. Limerick Greyhound Stadium sits in the background

PLANS to build 110 houses at the former Greenpark racecourse near the Dock Road have been appealed to An Bord Pleanala, after they were refused permission by Limerick City and County Council.

The proposed development by Limerick Racecourse company was revived in June of last year, but plans were refused recently by the local authority, after some 36 residents made submissions and objections in relation to the proposed works.

The concerns centred around traffic congestion, as well as fears for the bat and frog population in this habitat.

They have now been appealed by the applicant, the Limerick Race Company Plc., and are due to be decided upon by the national planning authority this May 19.

Earlier applications to build houses on the site have wildly varied and none have progressed beyond the planning stage to date, from 26 houses proposed in 2013,  to 353 houses on another occasion.

Recent company accounts for Limerick Racecourse PLC state that the company is now moving its attentions from its current Greenmount horse racing track in Patrickswell towards the old track at Greenpark, as nearly €7m has been invested in that site, including site purchase costs and other overheads.

“With signs that property prices are starting to stabilise we have turned our attention to the company’s 100 acre property in Greenpark. We are currently working on a strategy to reduce debt while maximising the value of the site over the next five years,” state the accounts.

Previous plans submitted for that site were objected to by local residents due to existing traffic issues around the South Circular Road area. In 2013, the local authority refused an extension to planning permission they received five years ago to build 353 homes, playing pitches, retail units and other facilities.

A risk of flooding at that time ruled out the construction of a massive housing development at the old Greenpark racecourse. Other plans by a different developer to build 26 houses on the site were granted planning by the local authority, but refused planning by An Bord Pleanala in 2013.