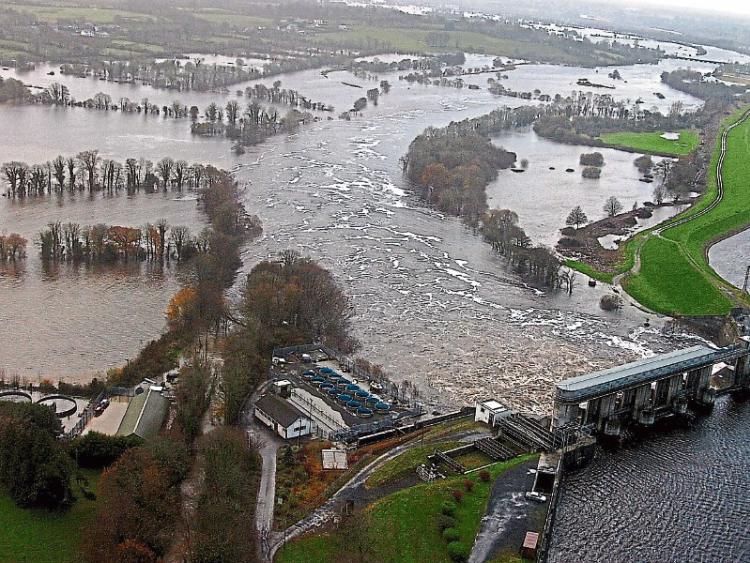 THE impact of climate change and the resulting rise in water levels should be taken into account in planning for flood risk in the Limerick area in the future.

This was part of a submission by local councillors to the CFRAMS (Catchment Flood Risk Assessment and Management Studies) process which is currently underway. The studies aim to assess flood risk by identifying locations that are in danger of flooding and outlining what can be done to manage this risk.

Flood maps drawn up as part of this process were presented to the public and local representatives at a series of meetings in recent months.

At a special council meeting on Monday, councillors approved the submissions, giving the green light for the project to move onto the next phase, which will involve the preparation of the flood risk management plans. Draft versions of these plans are due to be published towards the end of the year.

At Monday’s meeting, Cllr Cian Prendiville pointed out that a 2-degree Celsius rise in global temperatures could lead to a significant rise in sea levels which would have an impact on Limerick.

Independent councillor John Gilligan said there were “no solutions” to the problem of flooding such as that experienced over the past month.

“What we have to look at is how we can manage the recent floooding and what is going to come down the river over the next 20 years,” said Cllr Gilligan.

He pointed out that dredging the Shannon was not the answer and that flood defences in places like Castleconnell would have to be made permanent.

A number of councillors also raised concerns about the impact that flood prevention measures upstream on the Shannon would have on the Limerick area.

Mayor Liam Galvin said Limerick was in danger of “getting the brunt” of flooding if works were done upstream without due consideration. “Whatever works are carried on up the country it mustn’t affect our city and our people in any way," he said.

His fellow Fine Gael councillor John Sheahan said he would prefer to see more technical detail from the CFRAMS process, rather than what he described as “anecdotal” evidence about flood risk.

And Cllr Stephen Keary pointed out that, while the study focussed mainly on the larger rivers, it did not include many smaller watercourses throughout the county. “This whole process is of very little benefit to the general population of County Limerick that are not living in proximity to a major river or urban centre,” he said.

He added that if someone wanted to build a house in one of these areas, they would still have to get a flood risk assessment done, which could cost as much as €5,000.

Cllr Paul Keller of the Anti Austerity Alliance questioned how the flood maps would impact on properties where planning permission was already granted and was told that is was unlikely banks or building societies would approve mortgages in such situations.

Sinn Fein’s Seighin O Ceallaigh poined out that the study should also take account of the impact of the Ardnacrusha dam and that any flooding models should allow for a water flow from Parteen Weir of up to 500 cubic metres per second of water.

Councillors asked that the experience of recent flooding be considered in estimating flood risk.