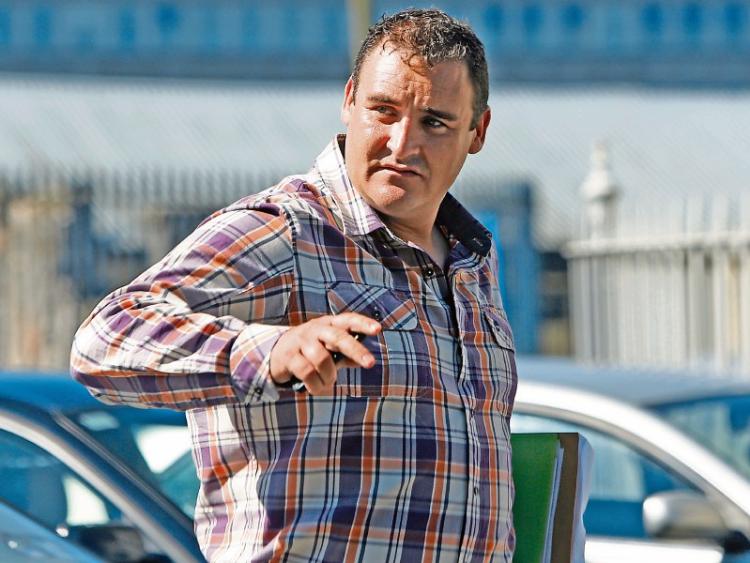 Vincent Collopy will be sentenced in March

A LIMERICK city man who was extradited from Bulgaria almost two years ago has admitted intimidating a State witness in an ongoing criminal prosecution against two of his brothers.

Vincent Collopy, aged 36, who has an address at St Ita’s Street, St Mary’s Park was extradited from Bulgaria in May 2014 after he was arrested by police on foot of a European Arrest Warrant which was issued by the High Court here in 2011.

The father-of-three, who still has access to a property in Bulgaria, was due to go on trial at Limerick Circuit Court this week but on Tuesday morning he pleaded guilty to  “intimidating or putting William Moran in fear with the intention of obstructing, perverting and interfering with the course of justice” at Island Road, Limerick on June 9, 2010.

Collopy was also previously charged under the provisions of the Non Fatal Offences Against the Person Act with threatening to kill or cause serious harm to the then 51-year-old on the same date.

However, on Tuesday John O’Sullivan BL, prosecuting, indicated that a “nolle prosequi” will be entered by the State in due course as the defendant’s guilty plea meets the case against him.

At the time Vincent Collopy committed the offence, Willie Moran was a key State witness in proceedings which had been brought against two of his brothers – Kieran Collopy and Damian Collopy both of whom have addresses in St Mary’s Park.

Later in In 2011, both were sentenced to five years’ imprisonment after they pleaded guilty to threatening to kill or cause serious harm to Willie Moran during a separate incident on April 14, 2010.

That incident which happened at Mr Moran’s home, related to money which they believed he had belonging to their brother Philip Collopy, who accidentally shot himself in 2009.

During Tuesday’s brief hearing, Judge Tom O'Donnell was informed by Michael Bowman SC, defending, that Vincent Collopy has gone through a number of "significant life changes" given the antiquity of the offence.

While the defendant’s older brother, Brian Collopy was sentenced to six years’ imprisonment for a similar offence, Mr Bowman submitted there were "certain factors” which were unique to his case.

He added that his client's father passed away recently and he requested that a probation report be prepared ahead of a sentencing hearing in March.

Judge O'Donnell remanded the defendant on continuing bail and he adjourned sentencing until March 15 next when he will hear details of the offence.

Following an objection from state solicitor, Michael Murray, Judge O’Donnell said he was not willing to grant an application to vary his bail.