Beds that Bill Clinton, Tiger Woods and Michael Douglas slept in for sale 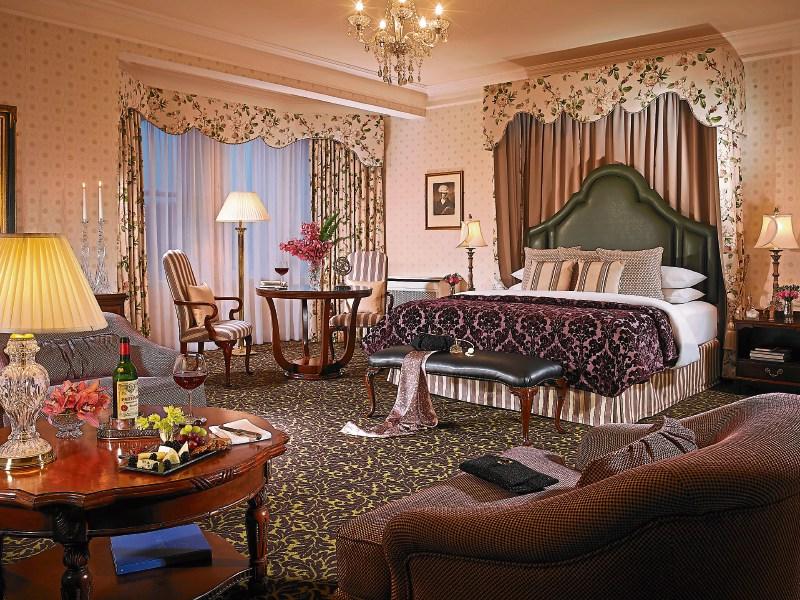 AS ADARE Manor prepares to close it doors to the public for some 18 months for major renovations, one of the most eagerly awaited auctions in Limerick in decades will be held next week.

To make way for the €30m revamp of the five-star Adare Manor, which was granted planning permission this week, over 1,000 lots will be sold in a public auction over two days next week – Thursday and Friday.

The auction has been announced for January 28 and 29, from 10am, and public anticipation has been building since the Limerick Leader first revealed the sale last week.

Aidan Foley, of Irish Country Home, who previously handled the sale of items in Mayo’s Ashford Castle before it closed for refurbishments, said this “will be an iconic sale, representing exceptional value”.

The contents of more than 30 bedrooms, including the state bedrooms and presidential suite, which have been occupied by the rich and famous during the JP McManus Pro-Am tournaments, will be for sale, along with furniture in public areas in the hotel, as well as the spa, and its club house.

Chandeliers, a baby grand piano, Chinese style furniture, glassware, china, stags heads and many other items will be up for auction.

“All of the items will be reasonably priced, maybe from €20 up to several thousand euros, with something for everyone really.

“You won’t have to have a big cheque book or huge credit card balance to come out here [for the auction]. It is definitely the most exciting auction sale that there has been in Limerick in maybe 30 years,” Mr Foley, who runs auctions houses in Sixmilebridge, Doneraile and Galway, told the Limerick Leader.

“The contents of all the state bedrooms, where various presidents have stayed, will all be up for sale,” he added.

“It is a chance for people to acquire a little bit of luxury that they might not normally be able to afford for their own homes, and we would expect a very high attendance in Adare.

“When we held the Ashford Castle sale we had between 6,000 to 8,000 viewings, and buyers from all over the world, including Buenos Aires, from a woman who wanted to buy the contents of a room where her parents had stayed for their 40th wedding anniversary years previously,” he said.

The presidential suite, known as a the Lady Caroline room, is described online as a room “steeped in history and full of hidden secrets”.

It has traditionally been used by the bride and groom when weddings have been held at the hotel, including the wedding of Ross Desmond, son of Irish billionaire Dermot Desmond, to Stephanie Smart last May.

Bill Clinton, who stayed in Adare Manor in September 1998, slept in one of the Dunraven staterooms, described as one of the hotel’s “most exclusive rooms”.

These rooms have “hosted heads of state, celebrities, world-famous athletes and special guests from all walks of life”, according to the hotel’s website. Tiger Woods also stayed in one of these rooms in 2010.

Tiger Woods, the former world number one golfer stayed in Adare Manor at the same time as fellow golfers Darren Clarke and Padraig Harrington, as well as Hollywood stars Catherine Zeta Jones, Michael Douglas and Samuel L. Jackson, and Riverdance star Michael Flatley in 2010, when the last Pro-Am was held.

Other celebrities who have stayed there over the years include John Travolta, Bruce Springsteen, Hugh Grant, Mel Gibson, Aidan Quinn, AP McCoy, Princess Anne, the members of The Corrs, Sharon Osbourne and Kyle MacLachlan, amongst others.

Anita Higgins, general manager of Adare Manor, confirmed that the majority of the hotel’s contents will be for sale, and said their staff are looking forward to “exciting times” in the hotel’s future.

The hotel has seen a recent upsurge in business for lunch, dinner and afternoon tea, before they close their doors to the public.

The Manor advertised the auction on their Facebook page last week, urging people not to miss “this extraordinary opportunity to bid for a piece of Adare Manor history”.

The new plans include a new bedroom wing of 40 rooms and a ballroom with capacity for around 350 patrons. The extra bedrooms are being added to cater for huge demand coming from North America specifically, which forms about 75% of its customer base.