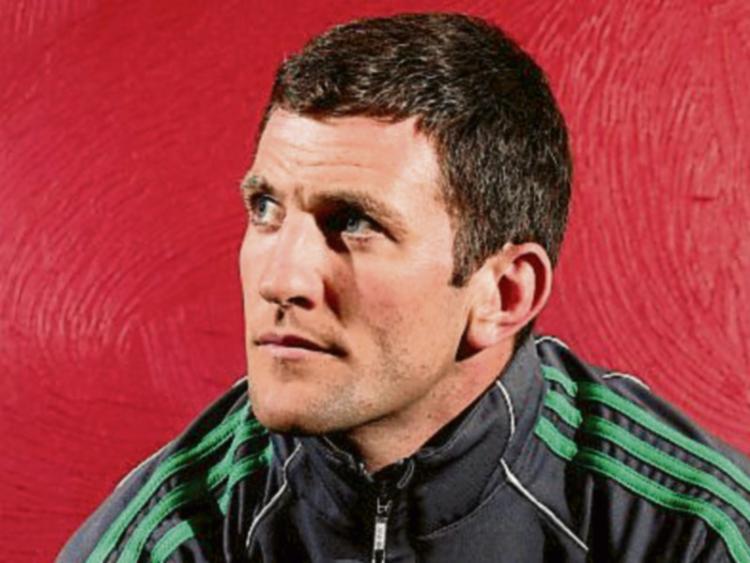 THE MANAGER of the Limerick senior hurling team on the famous day Donal O’Grady captained the side to a first Munster SHC title in 17 years, has led the well-wishes to the retired inter-county hurler.

“When I got to know Donal O’Grady in 2011 he was a seasoned mature inter county hurler,” John told the Leader.

“It didn't take long to see the attributes he brought to the Limerick senior set up. Off the field he is quiet, unassuming, mannerly and very focussed on preparing properly to play at inter county level.”

Donal, a married father-of- three who runs the family business, Spar and Topaz, in Ballingarry was, at 35, the oldest member of the senior squad. He announced his retirement from inter-county hurling at the weekend.

“He was prepared to make the huge sacrifices to be the player he is, even though he had a wife, children and business to also look after. That all required some amount of management but he did it and did it quietly,” continued John.

The Cork man said that as a captain Donal led by example. “The younger players looked up to him. What he said in the dressing room was listened to.”

It was fitting then that he would have the honour of leading his team to what John described as “a very welcome and necessary Munster title in 2013.

“He played a captain's role on that historic day and spoke from the heart after collecting the trophy. He's a leader. He gave a huge amount to Limerick hurling. He'll be missed.”

Former captain Ollie Moran who played with Donal until his own retirement in 2009 described him as “a very, very popular player.

“He was hugely liked by all players. Everyone had massive time on a personal level for him. He was a great fella to be with in the dressing room – I don’t think anyone would ever have a bad word to say about him. That’s maybe the highest endorsement you can give him on a personal level."

From a playing point of view, the Ahane man said the Granagh-Ballingarry man was “exceptional”.

“He was a fantastic athlete without having to work overly hard at it – it just came naturally to him.

“The other big thing was, he always did the simple things really well and I think that is why managers and players would have had huge regard for him. He never tried to over complicate things.

“The stand-out moment with Dodge would be off the field – there would always be some trickery or roguery that he was up to.

“Obviously in 2013 he was regularly knocking over three points – I don’t think there was ever one game that he stood out in, it was just his level of consistency.

“I think he probably had one of the highest scoring rates for a midfielder.

“His accuracy levels were unbelievable. If you were to do a count on the amount of shots in his career and the amount of points he got, it would be very, very high.”

His quiet leadership style and ability to deliver without fuss, Ollie said, was favoured by management and players.

“Dodge would have never been the most vocal player because I suppose he was in a position where he didn’t have to.  He was never going to be a Paul O’Connell type character – that was never his personality.

“He always did the right thing – even off the field. The general way he conducted himself – he was always in good shape and looked after himself. He just set an example for every other player – he lead by example.  In management that’s one thing you are always looking for – you don’t necessarily need a guy who is beating the hurley off the table – that would never have been Dodge’s style.”