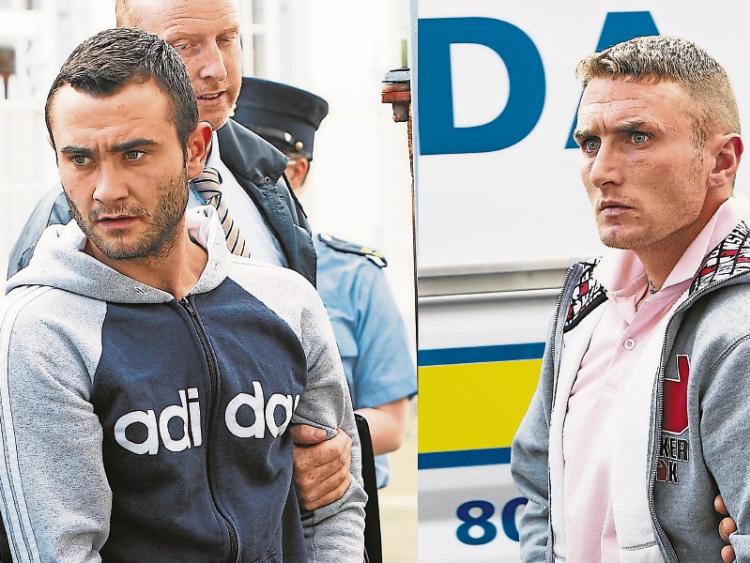 TWO cousins who are charged in connection with a burglary in East Limerick during which another man died are to face trial on indictment.

David Casey, aged 21,who has an address at Carragh Park, Coolock, Dublin 17, and Michael Casey, aged 32, of Clonlong Halting Site, Southill in Limerick each face a number of theft and criminal damage charges relating to offences which are alleged to have happened at locations in Cappamore and Doon on August 27 last.

Both men are accused of stealing a ladies’ gold watch, worth €200, and £30 in cash during a burglary at the home John O’Donoghue at Toomaline, Doon.

The-62-year old collapsed and died when he returned home at around 2pm to discover a number of intruders at his home – sparking a full garda investigation.

On Tuesday, Sergeant John Moloney said directions were received from the DPP in recent days and that the matter is to proceed on indictment at the circuit court.

He said the DPP has also directed that both men should face trial on indictment in relation to a number of other offences which are alleged to have happened on the same day.

The defendants are accused of stealing €1,000 worth of jewellery from a house at St Jude’s Kyle, Cappamore and with causing €250 worth of criminal damage to the front door of another house at Portnard, Cappamore.

They are also charged with causing €120 worth of criminal damage to the front door of a third house at Dromsallagh, Cappamore.

Last month concerns were expressed about the delay in progressing the case by solicitors representing the accused men who submitted it was unacceptable given the fact both men are in custody. having been refused bail.

Noting that directions have been received from the DPP, he said his client is anxious that the book of evidence be prepared as quickly as possible.

In reply to Sgt Moloney who said it will take some time given the complexities of the garda file, he said he was concerned there may be further delays.

”My concern is we will be having this conversation this time next year,” he said.

Judge Mary Larkin noted Mr O’Donovan’s concerns but added the State has 42 days by law to prepare the book of evidence.

She said she was not willing to mark the matter peremptory but that she was making a note on the court file that “time is of the essence”.

The case was adjourned to February 16, next.