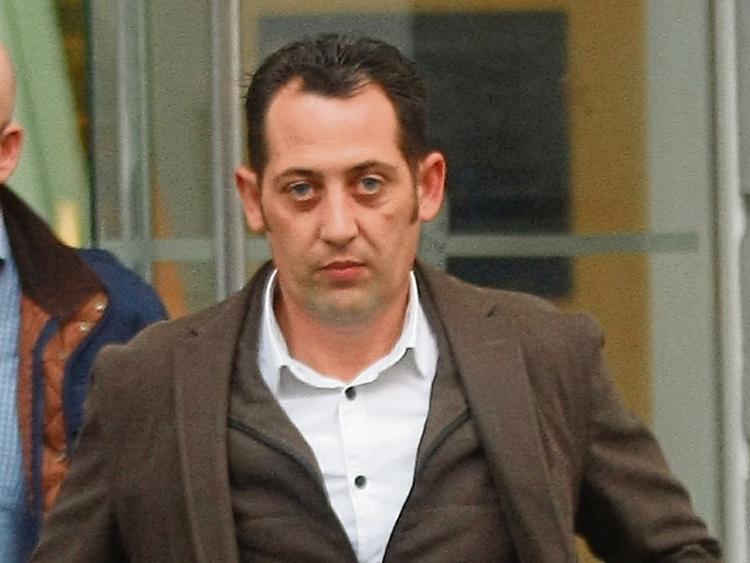 A MARKET trader has been found not guilty of assaulting another trader during an incident at Kilmallock Mart more than two years ago.

Denis Hannifin, aged 35, of Curry Athlone Road, Longford had pleaded not guilty to assaulting 41-year-old Timothy Nevin on the morning of October 28, 2013.

He also denied producing a knife during the course of a dispute on the same date.

During a three day trial at Limerick Circuit Court, it was the alleged the father-of-seven slashed Mr Nevin with a carpet knife – inflicting cuts to the back and side of his head.

In his evidence, Mr Nevin – who has an address at Bettystown, County Meath – said  he travelled to Kilmallock with his teenage son the night before the market, which is held every Bank Holiday Monday.

He said having slept in his Mercedes van overnight, he entered the mart shortly after 7am to set up his stall.

He told the jury of seven men and five women he travels around the country to markets selling goods including “tools, drills and socket sets and other bits” and that he has known Mr Hannifin for a number of years.

He told Michael Collins BL, prosecuting, that after setting up his stall he went for a walk and was struck by the defendant as he was returning to the stall.

He declined to make a formal statement of complaint to gardai on the day of the incident and attended the Midlands Regional Hospital in Mullingar the following day.

The jury was told he sustained a 9cm “linear cut” to the back of his head and a 6cm cut to the side of his face near his right ear.

Garda Robert Young of Kilmallock garda station said the alleged culprit, was not present when he and a colleague arrived and that no weapon was found. No other traders were willing to give their names or make witness statements, he added.

Giving evidence this Wednesday, the defendant told the jury there was “some history” between the  extended Nevin and Hannifin families but insisted he does not hold a grudge against anybody.

He denied assaulting Mr Nevin, who is a cousin of Olympic boxer John Joe Nevin, and claimed he hid behind a truck and fled from the mart after he (Mr Nevin) threatened to kill him.

Following less than an hour of deliberations, the jury returned a unanimous not guilty verdict this afternoon.

Judge Tom O’Donnell thanked them for their service and attention during the trial and he excused them from further jury service for five years.