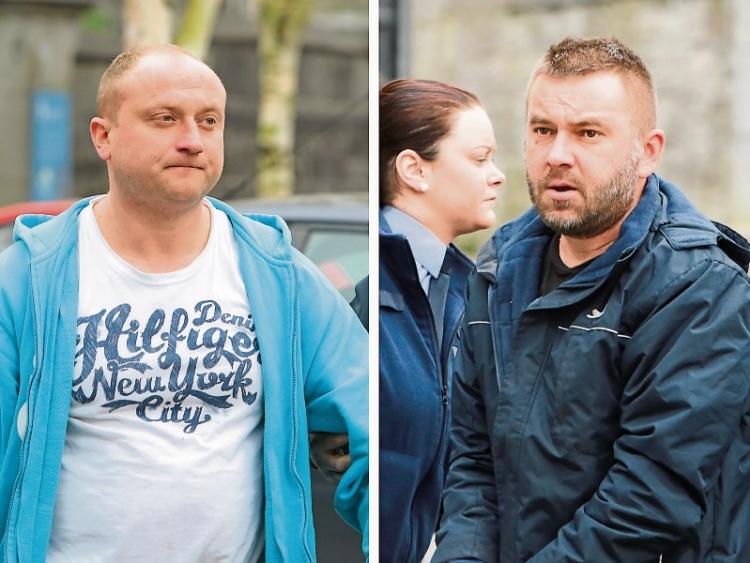 Artur Pietrziak and Grzegorz Jacniak: to be sentenced in March

TWO Polish men have pleaded guilty to charges relating to one of the most significant drugs seizure in West Limerick in recent years.

Large quantities of cannabis herb and cannabis plants – worth almost €500,000 – were seized during a major garda operation involving around 50 gardai on February 4, 2015.

Thousands of cannabis plants - at various stages of growth - were seized during a number of pre-planned searches at several houses in the Newcastle West garda district.

At one location, a large amount of equipment, used in the cultivation of cannabis, was also found in unopened boxes.

Previously, investigating gardai stated they believed the cultivation operation was being extended around the time the premises was searched.

The intelligence-led operation was led by Superintendent Tom O’Conner and involved local gardai as well as members of the divisional drugs unit who are based at Henry Street garda station in the city.

Two Polish men who were arrested and questioned following the seizure of the drugs first appeared in court a number of days later.

Their case was listed for trial at Limerick Circuit Court this week but on Wednesday morning, both men formally entered guilty pleas when they were arraigned.

The charges include cultivating cannabis plants without a licence and possession of cannabis for the purpose of sale or supply – which at the time was worth more than €13,000.

His co-accused -  Artur Pietrziak, aged 37,  who has an address at West End, Mountcollins – pleaded guilty to cultivating cannabis plants at his home and to possession of cannabis  for the purpose of sale of supply at the same address.

Michael Collins BL, instructed by State Solicitor Aidan Judge, said that the defendant’s guilty pleas were acceptable to the State and he indicated that a number of other charges will be withdrawn at the conclusion of the sentencing process.

Judge Tom O’Donnell noted this and he adjourned the matter to March 16, next when he will hear details of the offences.

The jusge requested the preparation of a progress report from the governor of Limerick Prison in the case of Mr Jacniak who has been in custody at this point for almost 12 months.