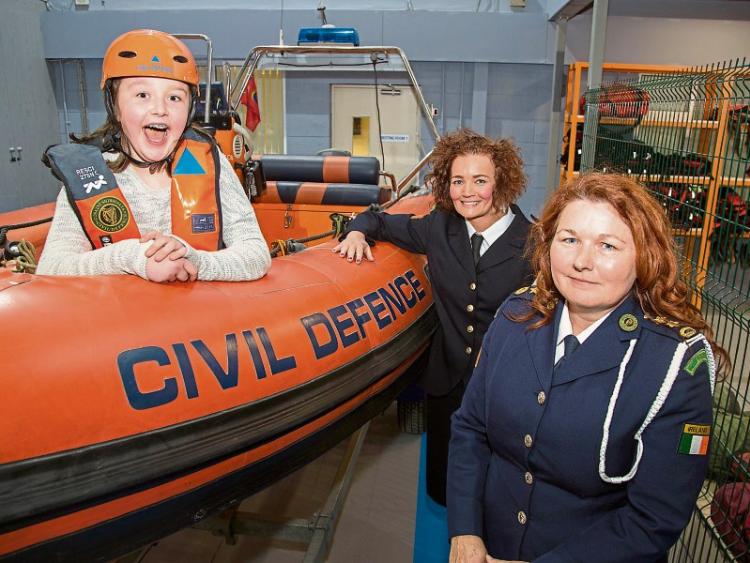 At the launch of the new Civil Defence HQ on the Dock Road were Abbie O'Flaherty Pigott and sisters Lorainne and Cecilia O'Flaherty. Picture: Alan Place

LIMERICK Civil Defence has opened its new “state-of-the-art” headquarters on the Dock Road, replacing the former facility based on Thomas Street.

The new facility, situated at the Docklands Business Park, will serve the organisation’s 100 volunteers, and will include training and lecture rooms, operations and communications centres, offices, canteens and water rescue equipment stores.

Welcoming the new city headquarters, City and County Mayor Cllr Liam Galvin said that the Limerick Civil Defence has had an “outstanding record of service over many years.

"As a volunteer-based organisation, Civil Defence members give freely of their time to acquire skills that will be vital to the local community in times of need.

“Acquiring these skills involves many hours of training, which is why it is why I warmly welcome the development of this new, modern and extensive headquarters facility,” he at the launch on Thursday evening.

The new facilities were purchased by Limerick City and County Council for a total of €310,000.

Project manager and joint Limerick Civil Defence officer Cecilia O'Flaherty said that it is a “proud moment” for the organisation.

"During the past seven years in my current position and in the preceding two decades as a Civil Defence volunteer, I have witnessed the enormous contribution made by Civil Defence members and the changing role of the organisation.

“This new facility responds to the changing needs and roles of the Civil Defence and will be of benefit to all volunteer members as well as the general public into the future.”

Also speaking at the launch, Council deputy chief executive Pat Dowling said that the Council is committed to ensuring that the organisation is “best placed to carry out its multitude of services and activities.

“This new facility allows the Civil Defence to host regular and centralised training activities and events for the increasing number of volunteers, “ Mr Dowling said.