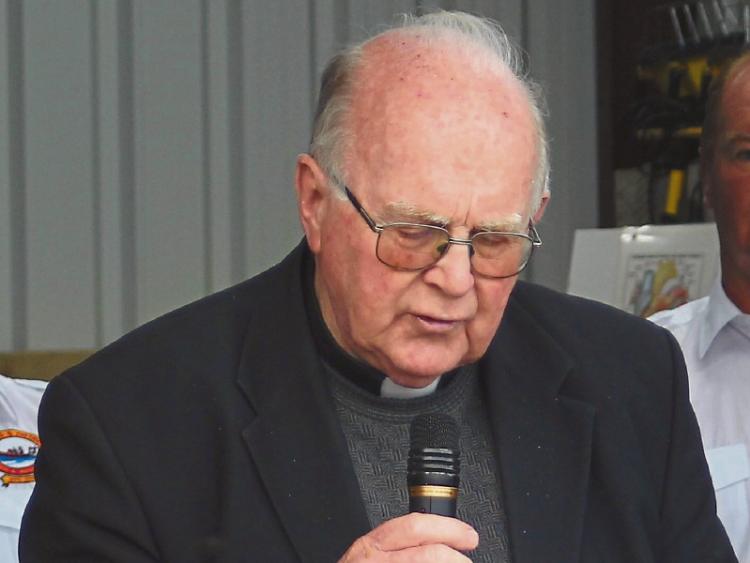 TRIBUTES have been paid to Limerick priest Fr Jim Noonan, the curate in Foynes-Shanagolden and brother of finance minister Michael Noonan, who died this Tuesday following an illness.

The Loughill native, who had been unwell since last autumn, passed away at the Kiltegan Missionoary Society Care Centre in Co Wicklow. He is survived by his brothers Michael and Tom and sisters Madeline, Joan and Mary.

Fr Noonan had served in the parish of Foynes-Shanagolden for six years following his return from Nigeria where he had worked for almost five decades.

Commenting on Fr Noonan’s passing, Bishop of Limerick Brendan Leahy said: “He really was a remarkable man, a man who did quite remarkable work on the missions in Nigeria and in a very harsh environment there for all of 47 years.

“We have heard many stories of his incredible spirit of giving and Christianity. He was a true missionary and many, many people have spoken about how heroic he was in his work in Nigeria. He lived and worked in very difficult circumstances – in terms of climate, geographical and social conditions but he never relented.”

Fr Noonan was described as one parishioner in Foynes as "a lovely man, fierce popular altogether".

"He was very warm and he was great to go around and visit people in the parish," she added.

Fr Noonan was ordained in 1962 as a member of the St Patrick's Missionary Society, better known as the Kiltegan Fathers.

Following the removal this Wednesday at 5.30pm, his funeral will take place in Kiltegan, Co Wicklow on Thursday at 12pm, with burial afterwards in the local cemetery.

For local mourners in Limerick, there will also be an opportunity to pay their respects later at his Month’s Mind Mass which will be held in Foynes Church on a date to be decided.