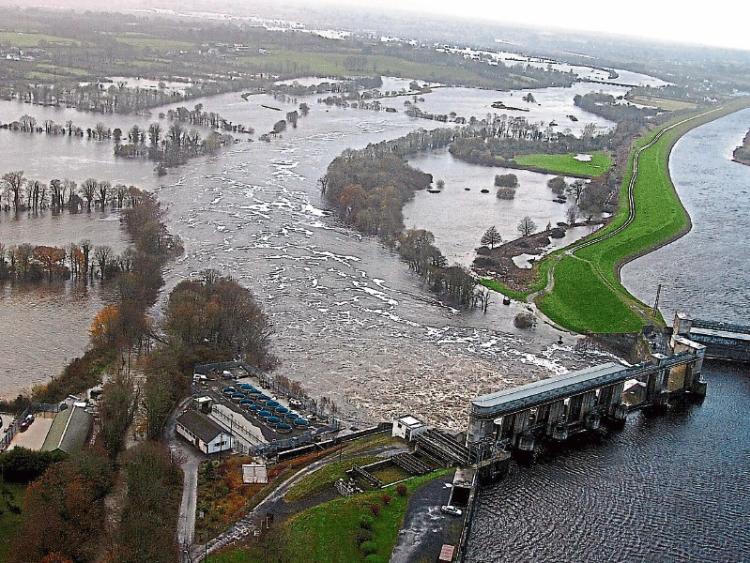 MEMBERS of Limerick City and County Council have backed a motion to reject the controversial proposals by Irish Water to pump millions of litres of water a day out of the Shannon for use in Dublin and the Midlands.

At a meeting in City Hall this Monday, Independent councillor John Gilligan tabled the motion, which was supported by most of his fellow councillors.

Outlining his opposition, Cllr Gilligan said the proposal “to suck water from the Shannon and pump it up to Dublin at an enormous cost, into a leaking network, only to watch it flow down the Liffey, defies logic.” However, he said he was not trying to “deny Dublin water”. “This will affect me, my children and grand-children,” he said, urging other councillors to reject it.

Sinn Fein councillor Maurice Quinlivan supported his motion, arguing that there are alternatives, such as desalination. Irish Water has, however, ruled that option out as the more expensive of the two options currently on the table, and is instead pushing for extraction from the Parteen basin in county Clare. Cllr Quinlivan described the current proposal – to pump 330 million litres of water a day from the river Shannon – as “just bonkers”.

Anti-Austerity Alliance councillor Cian Prendiville also supported the moton, arguing that the plans are akin to pouring water into a bucket with a major hole in it.

Sinn Feil councillor Seighin O’Ceallaigh said that he feels that Irish Water “are not responsible or answerable to anyone”.

Independent councillor John Loftus said he supported this motion “100%”, especially having worked as a desalination engineer many years ago. He believes that this option “would cost a fraction of the price”. “Building a pipeline is just ludicrous,” he added.

Fianna Fail councillor James Collins said he remains “unconvinced of the business case for this project”, especially to “fund a two-tiered economy, as national policy seems to be east coast centred”.

“Unfortunately as a councillor I don’t have a say or vote in the matter, which I think is a pity,” he added. In contrast to other councillors, Fine Gael’s Michael Hourigan pointed out that the cost of desalination is “enormous”, as stated by Irish Water, and said that he believes that the amount of water which would be pumped – some two per cent of the daily supply – is “insignificant”.

In recent days Irish Water has rejected some of the claims made by the River Shannon Protection Alliance regarding the ‘damage’ this extraction could cause to the environment, tourism, aquatic life and other areas. They plan to submit a planning application in 2017.