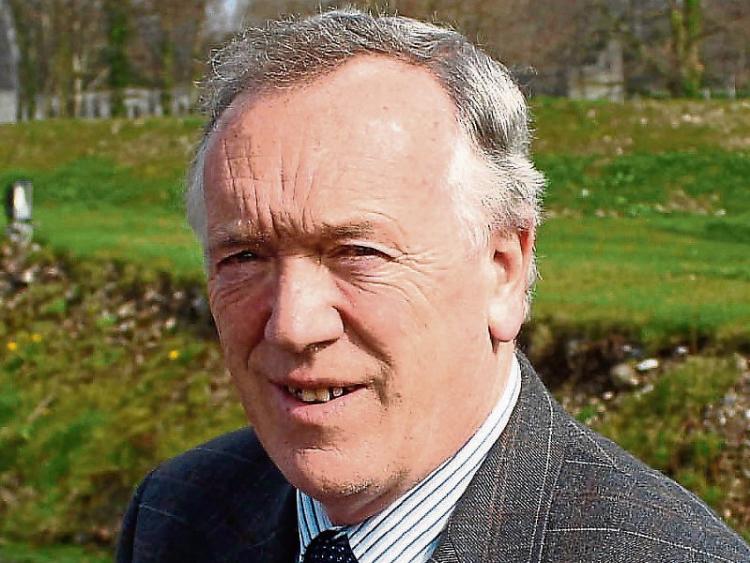 A councillor has claimed that there were 338 Traveller caravans parked “illegally” at almost 170 sites in Rathkeale over the Christmas period, prompting concerns over fire safety and public order.

The figures were compiled as part of a survey carried out by the local community council on December 31. They were revealed at this week’s meeting of the Adare Rathkeale municipal district by local Fine Gael councillor Stephen Keary, who accused Limerick City and County Council of “turning a blind eye” to the situation in the town during December and early January.

“For the people of Inis Cuis –  over the last month it was like a living hell for them,” he said, pointing out that an unofficial halting site had been opened up at the rear of a house in the area where there were up to seven caravans parked over the Christmas period.

He also alleged that there were up to 10 high-powered vehicles parked “haphazardly” around the house in this time.

“The parties would start at 2am,” he said, claiming that young people were driving around the area and blowing their horns at all hours of the night. “Residents were unable to sleep,” Cllr Keary added.

“If that is the kind of thing you are happy to stand over, it is a sad situation,” he told council officials.

He argued that the council should be doing more to address the problem of unofficial halting sites in the town.

“You cast a blind eye on all this and you are not making any effort to collect commercial revenue from the people at these locations.”

Cllr Emmett O’Brien said he understood that the town had been quieter that in previous years this Christmas.

“My information is that there were fewer Travellers in Rathkeale than heretofore and while they weren’t all angels, there weren’t as many problems as in previous years,” he said.

However, he acknowledged that this was the overall situation with regard to anti-social behaviour in the town and that there was a particular issue in the Inis Cuis area.

“There are very pressing issues that need to be addressed,” he said.

Councillors were told that extra garda patrols were mounted in the area following a meeting shortly before Christmas at which a number of residents voiced concern about anti-social behaviour.

Cllr Kevin Sheahan proposed that legislation should be put in place to allow the fire service take action where gas cylinders placed beside illegally parked caravans posed a fire hazard.

Meanwhile, it was also confirmed this week that CCTV cameras are to be installed in two estates in Askeaton following a series of violent incidents arising a feud between Traveller families in the town.

Responding to a question from Cllr Sheahan, housing services officer Seamus Hayes confirmed that “very serious and violent incidents” had taken place, primarily in the Church View estate, on the weekend of October 30 to November 1.  “Some of the parties alleged to have been involved are resident in Council-owned properties and some in private accommodation,” he said.

Mr Hayes added that the gardai had devoted considerable resources to investigating the incidents and mounted increased patrols in the area to prevent any further escalation.

“Two individuals have been before the District Court charged with serious offences and are currently on bail to addresses outside the town. As the investigation progresses, it is possible charges may be laid against others involved. Obviously the Council has to await the outcome of the various court cases before being in a position to take any definitive action against any of its tenants that may be convicted,” Mr Hayes said.

“However, in the meantime, it is intended in the immediate future to call a number of tenants in for formal interview and caution”.

He also confirmed that CCTV was being installed in Church View and Lismakeera “to provide reassurance to the peaceful and law-abiding members of both estates, and to provide security”.

Cllr Sheahan pointed out that he had never made any reference to the Travelling Community in his question to the council. “I referred to disorderly behaviour and crime that needed to be addressed,” he said.