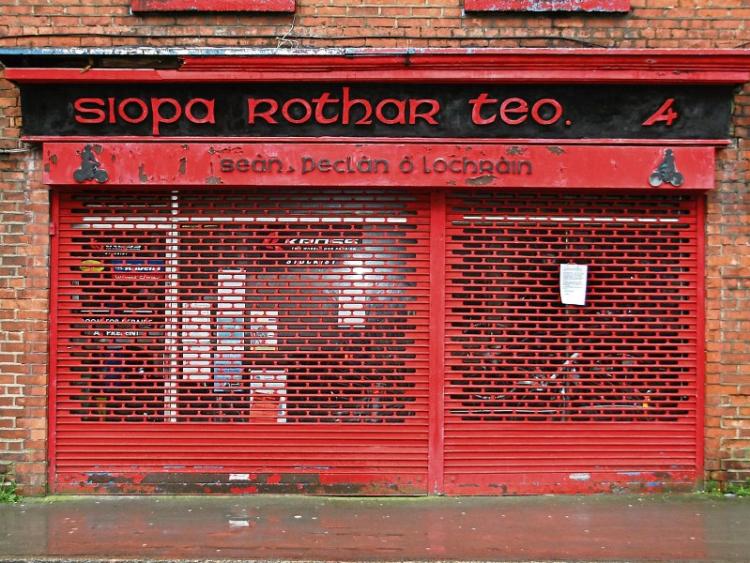 A FAMOUS Limerick bicycle shop has ceased trading on the eve of its centenary.

The shop – run by the O Lochrain family – had been trading continuously in Limerick city since 1916, and was a well-loved institution in the St John’s parish, moving from Broad Street to John Street in 1979.

Fianna Fail councillor Kieran O’Hanlon is “saddened” to hear about the closure.

“It was one of Limerick’s famous shops. When cycling first was popular, when people could only afford bicycles, An Siopa Rothar would have been the main place for people to go, even to get a puncture fixed,” he said.

He believes the closure of the independent bike shop is to do with the growth of Halfords at the Tipperary Road, and the fact some low-cost supermarket chains are selling bikes and equipment cheaper.

“I had been in there recently. Last year, I would have called in a few times. It seemed to be quite busy, but probably just with repairs,” he added.

As the shop name suggests, the family were strong proponents of the Irish language.

Cllr O’Hanlon added: “They are a very decent family. They are from the St John's parish. Sean, who is now retired, was also very much involved in promoting the Irish language and its culture.”

Leader notes correspondent Maureen Sparling – who composed a poem to mark the shop’s 90th anniversary in 2006 – described it as an “institution”.

She noted how Siopa Rothar always carried an advert in the old Christmas Gazzette. Propreitor John Loughran was not available for comment.