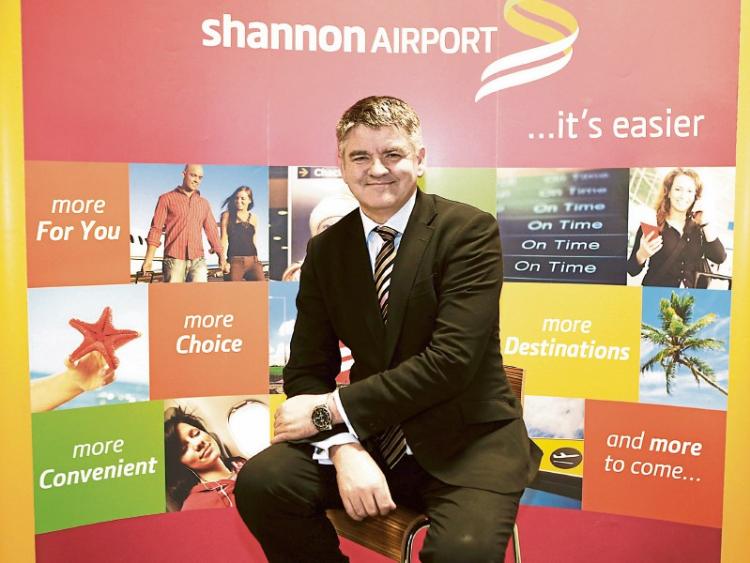 SHANNON Airport has welcomed the restoration of the popular regional service to Edinburgh from March next year.

The return of the Stobart Air operated Aer Lingus Regional flight, which was one of several cancelled in January, is being seen as a boost for both the airport and the region and was a major focus of Shannon Group CEO Neil Pakey’s plans in recent months.

Six flights a week will operate year round from March 28 between Shannon and the Scottish capital, generating an extra 35,000 in seat capacity for Shannon in 2016, rising to 45,000 per annum the year after, the airport said.

“We are seeking to add to our schedule on an ongoing basis. Edinburgh has been one of the services at the top of our list and Aer Lingus Regional’s announcement that it is to restore the service next year is really good news for Shannon and our passengers,” said Mr Pakey, who has been targeting the return of the regional routes to the UK in recent months, with Edinburgh top of the list.

“Edinburgh has proven a hugely popular service here in the past and in terms of feedback from the public, it is one of the routes we had most requests for over the past number of months. We are really pleased to be able to respond to this strong public demand with the return of the service,” he added.

“The new route is a direct response to the strong demand amongst business people and holidays makers in the west of Ireland looking for easy access to Edinburgh, one of Europe’s most popular weekend destinations,” he said.

“The new route also presents a great opportunity for the tourism sector in the west of Ireland.  Edinburgh and the surrounding area has a population of over 1.3 million people, many of whom have a strong affinity for the west of Ireland, its famous hospitality, beautiful scenery and world class tourism attractions including the Wild Atlantic Way, Cliffs of Moher and Aran Islands.”

“We look forward to supporting Stobart Air/Aer Lingus Regional on this service and making it work for both this and the Edinburgh region,” he added.