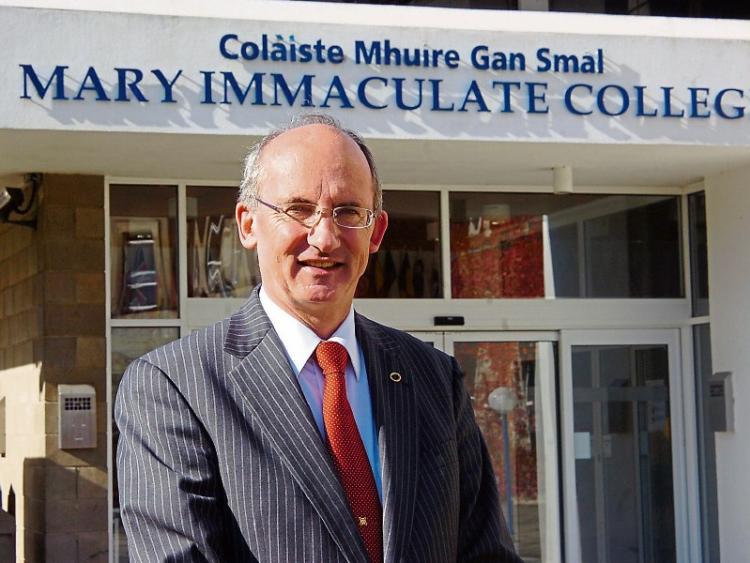 TRIBUTES are being paid to Professor Peadar Cremin, the former "visionary and courageous" president of at Mary Immaculate College, who has passed away aged 66 following an illness.

His colleagues in Limerick said it was with "great sadness" that they learned yesterday of his death this Monday. Professor Cremin was appointed as the first lay president of the college in 101 years in 1999.

He retired in 2011, after dedicating 35 years of his life to the college on the South Circular Road, leaving behind an "indelible mark". During his presidency the college community expanded dramatically with over 3,000 students enrolled on 30 different academic programmes.

When the Adare resident stepped down as president, he told the Limerick Leader: “The plan at the moment is to have no plan. But I won’t walk away and forget about it all. In many ways it’s not a job at all, it’s a mission.”

“I feel I’ve virtually achieved all that I would have liked to achieve when I became president. It was imperative at that time that we got investment otherwise we died,” he said.

The popular president was also a favourite with the student body, who praised him as being “approachable, open to new ideas, and above all, as pro student."

President of Mary Immaculate College, Professor Michael Hayes, said his predecessor gifted him with “an extraordinary college which he worked tirelessly to develop in terms of reputation and infrastructure and I am deeply saddened by his death".

"He was the first President of the College who was not a Mercy Sister and was very conscious of the heritage that was placed in his hands.

“Generous in giving of himself and of his time, Peadar was zealous in his commitment and dedication to the advancement of the college for the benefit of students, staff and the wider community in Limerick, and further afield that the College serves," said Bishop Leahy.

Prof Cremin taught in Scoil Íosagáin, Farranree, Cork from 1969 to 1976, and joined Mary Immaculate College in 1976 as a lecturer in the Education Department.

From 1978 to 1998, he lectured in Social and Environmental Studies and was responsible for the organisation of Teaching Practice. From 1994 to 1999, he was the Acting Head of Education.

As president, he oversaw the completion of a major €40m capital investment programme, resulting in the provision of class-leading facilities that include Tailteann, the award winning multi-purpose sports complex, and TARA – a teaching and research building.

He is survived by his wife Áine, and daughters Siobhán, Ciara, Sorcha and Clíodhna, and extended family. Funeral arrangements are due to be announced.